Rapper Iggy Azalea has put the controversial issue of cultural appropriation back on the agenda. The issue is raw in the wake of a wave of race riots in Ferguson and Baltimore, following police killings of unarmed black men. The debate is particularly contentious because it involves a discussion of two competing rights, that most regard as fundamental. A right to free expression versus a right to cultural integrity. The idea that people should be free to express themselves without limit, while at the same time acknowledging that we shouldn’t rob others of their culture. It’s sometimes not easy to see where the line has to be drawn.

It’s fairly easy to accept that there’s something inherently vomit-inducing about cultural appropriation. The example that comes most easily to mind is hipsters sporting Native American headdresses at Burning Man or Glastonbury. It’s easy to understand what’s twisted about a group of rich white people on horse tranquilizers, taking the image and identity of a proud and vanquished race for the purpose of looking briefly spiritual. It’s not right that someone’s ancient and sacred culture can be used to lend temporary chic to your Instagram upload. It’s also obvious that this is doubly offensive when this is done by a colonial culture to one that was cruelly conquered. I don’t think anyone would begrudge a Native American if he wanted to wear a pork-pie hat to Coachella.  The exact same thing happens with black culture. You can see that there’s something awful about acknowledging  the ‘cool’ value of  black dress, appearance and lifestyle, without understanding  that black people themselves are valuable. 16-year-old actor Amandla Stenberg said it best in her high school history video: “what would America be like if it loved black people as much as it loves black culture?” 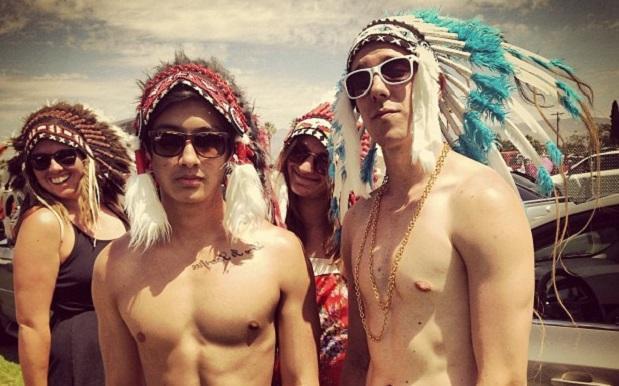 Harry took some peyote to honour the country’s indigenous. But the ketamine was purely for himself.

Then there’s the flip side of the coin. People have a right to express themselves in any way they think fit. There shouldn’t be any limitations placed on the subject of a person’s art. It’s clear an individual shouldn’t be limited to the artistic styles of their racial forbears. It’s not possible to localise a musical genre in one ethnic group, and restrict its use to its original proponents. Of course the originators of hip hop were African Americans. And hip hop has its origin in jazz, which is also a distinctly black genre. But jazz has its origin in classical music, which is white as hell. And if you’re being pedantic, Africa is the cradle of civilization, and all music can be traced back to a mammoth tusk whacked against a taut piece of saber-toothed-tiger fur. Art can only be furthered, enhanced and improved through interaction between cultures. 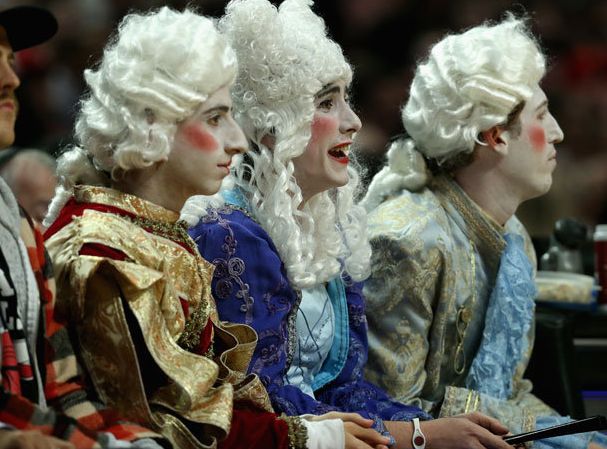 These people are white.

So where do you draw the line? When is something cultural appropriation, and when is it merely using the culture of another to influence and enhance your art? It might be useful to draw a distinction between image and art.

There’s nothing wrong with a Korean man playing the bagpipes. The bagpipes are an awful instrument played almost exclusively by the Scottish. But that Korean man shouldn’t be limited in pursuit of his art to the instrument or sounds of his native country, or anywhere for that matter. If he picks up those bagpipes, his unique perspective could lead him to become the greatest bagpipe player of all time. But the minute he puts on a tartan kilt, dyes his hair red, and starts saying “ach” every 30 seconds, that’s not okay. Because this time he has taken another culture’s image. And when you take someone’s image you’ve explicitly taken their identity. Because this is what you visually put out to the world as the manifestation of yourself. It’s the most direct and constant expression of your culture. 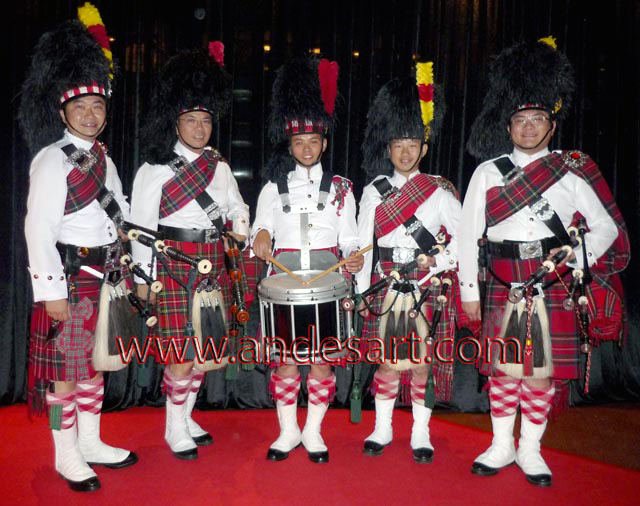 So there’s nothing wrong with Iggy Azalea rapping. Rap is a genre of music. It doesn’t belong to anyone. Of course its creators were black and most of its practitioners are black, but there shouldn’t be any limit on what art a person can practice and what can influence and inspire them. However, there IS something wrong about Iggy Azalea presenting herself AS black. I think the criticism that’s frequently leveled at Iggy for rapping in a voice that is different to her real speaking voice is probably fair. While many rappers adopt a persona or accent when they rap, Iggy’s style sounds like very, very bad ‘blackface’. There’s a southern drawl that borders on parody, and the frequent use of what can only be described, for lack of a better word, as “ebonics.” It sounds like a 4 minute minstrel show. “Shoot nigga with the swag dock holiday / I’m steady blowin loud, broke nigga’s ain’t allowed” says Iggy on Murda Bizness. Now, let’s just ignore the fact that a) she has explicitly used the word “nigga” here which is controversial and b) that all rap music involves bragging about criminal activity that likely never occurred. This line still seems particularly preposterous, because she is not only communicating as if she physically were African American, but a violent criminal African American. She is writing from the perspective of, using the lingo of, and about the interests of a section of black rappers, people and culture. That strikes me as not okay. 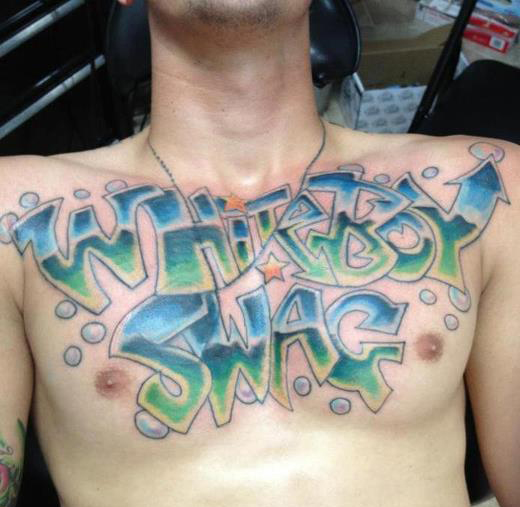 I think Eminem’s career is a fair baseline for comparison. When Eminem became famous, there was of course a conversation about cultural appropriation. But it never sparked the same level of debate as Iggy Azalea. Maybe that’s because society wasn’t as culturally sensitive in the 90’s, or maybe it’s because Iggy is unfairly targeted as a woman. But whilst Slim did indeed “use black music so selfishly” he never tried to be black. His voice, appearance, expression were always all his own. In fact, he only ever used the genre to offer the world his own unique perspective, as opposed to adopting the persona, language and mannerisms of a vastly different culture. What it was like to be him, what it was like to be white. Even Macklemore (who very controversially beat out Kendrick Lamar for a Grammy in 2014) at least sounds like a white guy from Seattle. And Macklemore raps from his own perspective, too – Thrift Shop is a song about the very hipster, very white habit of shopping for second hand clothing.

Cultural appropriation is a hugely controversial issue. Whilst people should be allowed to express themselves freely, image might be seen as an appropriate limitation. In the mean time, It might genuinely be interesting to hear Iggy Azalea rap with a voice that is her own and from a perspective that is her own. And I don’t necessarily mean 16 bars on the Sydney Swans win in 2012.