Anticipation was high for my first listen through of A$AP Rocky’s third release. Every single that had been released prior to the album dropping was unique in its own way, and it was very clear that this Harlem rapper was going to experiment with his sound, and was pulling no punches when it came to production values. So here is one hip-hop head’s track-by-track breakdown of At.Long.Last.A$AP.

1.Holy Ghost (Feat. Joe Fox)
The story of Rocky and Joe Fox is nothing short of amazing. Homeless and trying to sell a mixtape at 4am, Joe Fox just happened to cross paths with Rocky, who invited him to the studio right away upon hearing his music, and would eventually lead to 5 features on this project alone. The first track of A.L.L.A highlights the alt/psych rock influence that is evident throughout the album, as Rocky’s trademark laid back flow weaves seamlessly amongst a guitar riff unfamiliar to a rap song.

2.Canal St. (Feat. Bones)
“I went from roaches on my bunk to red brooches on my cuff” spits Rocky as he details his rags to riches story. The sample and hook from Bones is perfectly suited to the haunting beat, and really sets a dark tone; the soft piano chords paint a stark and depressing image of growing up in the ghetto of Harlem.

3.Fine Whine (Feat. Joe Fox, Future and M.I.A)
This track is where Rocky begins to flex his muscle with the features of the album. I am not the biggest fan of Future, (I like to envision him as T-Pain for the modern era – solely manufactured for singing hooks), but he fits into this track really well, as A$AP himself is heavily auto tuned throughout. M.I.A’s British accent really steals the show on this track for me, and it’s refreshing to see her mixing it with the heavyweights of the rap game again after a long hiatus.

4.L$D
Much has been made of this track, from A$AP Rocky’s own acid use, to the experimental sound and direction the album would take. L$D shines through on this album as one of my favourite tracks after several back to back play-throughs. Rocky presents his psychedelic beat to perfection; it’s so easy to lose yourself in this track, as it just floats along with casual cool. The beat, the lyrics, the vibe of the song itself moulds together to create what is going to be a summer anthem for many. Certainly, it shows us that we’d probably really like an A$AP Rocky soul/R&B/psych album as much as we would a rap one, even though he “ain’t into makin’ love songs.”

5.Excuse Me
“They say wealth is in the mind and not the pocket”. In my opinion this is the best-produced song on the entire album. “I’ve never been this free when making music,” proclaimed Rocky in an interview with Complex earlier this year, and he has definitely taken that freedom and run with it; there is no other track in his entire discography that has a similar vibe or sound to Excuse Me.

6.JD
Yes, you heard right. That was James Franco at the start of the track, and it is here where the direction of the album begins to steer towards the heavier, trap-inspired beats that Rocky and the entire A$AP Mob are accustomed to. The beat is a chilling one, and Rocky doesn’t pull any punches when it comes to his lyrics here, “Schwarzenegger I, straight slaughter n*ggers…I want all you n*ggers dead”. The flow here is definitely more familiar with the previous releases of Long. Live.A$AP and Live.Love.A$AP, and shows us what we are in for as the album carries on.

7.Lord Pretty Flacko Jodye 2
FLACKO. JODYE. FLACKO. JODYE. If this is not stuck in your head for the rest of the week you probably haven’t listened to this album as long as I have. This track is a certified banger, and although it was the first track to be revealed from the album, it is one that has not left my music rotation. Short, snappy, in your face, LPFJ2 is the perfect song to showcase another experimental flow for Rocky, as his fast paced spitting plays perfectly off the beat.

8.Electric Body (Feat. Schoolboy Q)
Brand New Guy is one of my absolute favourite tracks from A$AP Rocky, and any song which showcases some back and forth rhyming between Rocky and Schoolboy Q is a winner in my books; these two just feed off each other perfectly. Let’s be real for a second though, Q absolutely steals the show and he unquestionably makes the song his own. As the low bass kicks in he spits a vicious verse, on a track that is sure to destroy many a car sound system.

9.Jukebox Joints (Feat. Joe Fox, Kanye West)
This track is a really nice break from the heavier beats on the album, as Rocky transitions back into a soulful and slower sound, with a real gospel vibe taking over. Kanye’s feature is honestly not his strongest, but as soon as the smooth sample on the track kicks in you can clearly see why Ye is featured on the song, as he delivers an extravagant and over the top verse – you can just picture him laughing in the studio for this one. I could be horribly wrong though and this could be the greatest verse of all time as Kanye coins his new nickname, “Ye Guevera” (Beware of an influx of Photoshop’s of Kanye on the face of the Argentinian guerrilla leader). It would be amiss for Rocky not to mention his love life somewhere on the track, and gives us a friendly reminder that he “did Azaleas from Australia”. Although I’m not exactly sure if that’s a good thing… 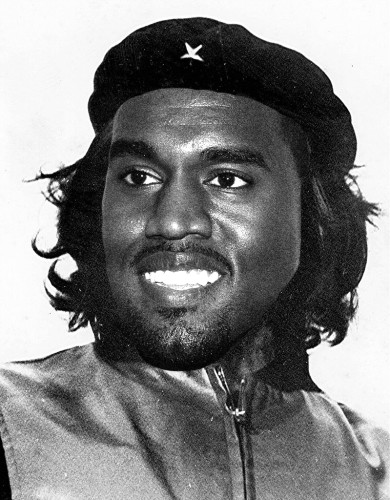 10. Max B (Feat. Joe Fox)
So far, this is my favourite song on the album. What I find most impressive about this album is the way that the feel of the album is not tarnished by the transitions between the psychedelic tracks and the heavier, trappy ones. This is a solid four minutes of Rocky going in on the beat, “This the kind of story that should make doves cry, fuck that, this the story that should make thugs cry”, and as the beat switches back into a chilling sample, “Did I fuck it up?” – before we are led, so seamlessly, onto the next track.

11. Pharsyde (Feat. Joe Fox)
Pharsyde is another track that really highlights the direction of the album; a soulful sample, a relaxed vibe and an innovative sound that is pushing hip-hop in a new direction. Some of the deepest lyrics on the album feature here too, and it’s tracks like this which really signify a shift in how seriously Rocky is taking himself. I can definitely see how many people would start to switch off at this point of the album, 18 tracks is an incredibly long album by modern standards, particularly in hip-hop. I think that the payoff is definitely worth it; this is an album that definitely takes you on a journey through sound and production experimentation.

12. Wavybone (Feat. Juicy J, UGK)
That’s right kids! Katy Perry did not miraculously create juicy J; he was actually a founding member of legendary rap group Three 6 Mafia (consider yourself informed). The horns that blare throughout the background of this track radiate a 90’s hip-hop feel, and Juicy J and UGK feel right at home here, with their old-school influence really making this a standout track for me.

13. West Side Highway (Feat. James Fantelrouy)
This is probably the one track on the album that doesn’t resonate with me from the get go; there is just nothing of real substance here, you can simply add it to the list of soulful songs. If there is one mark against Rocky as an artist for me, it is that he does not really have a clear message that he attempts to portray in his music; something I feel is becoming extremely important. If we look at the big artists in the rap game right now, like Childish Gambino, Vic Mensa, Run The Jewels and even Schoolboy Q, they all have a story to tell, and this is very apparent in their music, something I think is sometimes lacking in Rocky’s discography.

14. Better Things
I will forever love this song, if only for the Rita Ora diss that Rocky so blatantly delivers, and have, expectedly, dominated all headlines surrounding this album since its release. Because that’s what’s important, obviously. Let me quote it in its full glory and entirety: “I swear that bitch Rita Ora got a big mouth, next time I see her might curse the bitch out. Kicked the bitch out once ‘cause she bitched out, spit my kids out, jizzed all up in her mouth and made that bitch bounce”. Ouch.

15. M’$ (Feat- Lil’ Wayne)
I was in love with this song before the album had released, although I was sceptical whether a Weezy feature would add to this song or make me switch off halfway through, and you cannot blame me after his recent track record. Once I heard Smuckers from Tyler The Creator’s Cherry Bomb (which we reviewed here) I had hope, and Lil’ Wayne delivered! 2015 is becoming quite a rejuvenating year for this rap game veteran, as he delivers a verse that partners the beat perfectly. Rocky and Wayne make one hell of a combination here, with that trap sound, which by now almost feels nostalgic, rearing its head yet again.

16. Dreams (Interlude)
The interlude is in a fairly odd place as the third to last track, however I like to think that it is setting up a serious tone to the finale of the album. The glassy piano brings the haunting feel back into the project, and puts Rocky in a position to pay homage to his fallen friend, A$AP Yams.

17. Everyday (Feat. Rod Stewart, Miguel, Mark Ronson)
This is really the only radio friendly that I can see on this album, and this is definitely the risk that an artist takes with an experimental album. The sample is infectious to say the least, and Miguel puts his own soulful spin on it. Rocky really chose the singles for this album carefully; he provided a clear indication that diversity is one of the key characteristics of this album. Ronson’s production is reminiscent of his work on Action Bronson‘s latest album – and a pretty clear indication that he knows his way around a hip hop beat.

18. Back Home (Feat. Mos Def, A-Cyde, A$AP Yams)
Rocky closes out the album perfectly in my opinion. The cover of this album itself is a tribute to A$AP Yams, whose tragic death had a profound effect on Rocky as a person and as an artist. The beat on this track is fantastic, and really mirrors the old school vibe that “Wavybone” created. Mos Def appears on this track and does not disappoint and creates a really special moment, the young blood of New York hip-hop collaborating with one of the fathers of the genre. It is rather bittersweet hearing Yams close out the album, but it is nonetheless a touching and a fitting way to end this album.

All in all, At.Long.Last.A$AP is an innovative, experimental and forward thinking album that has cemented itself as my favourite album of 2015 already. This is a bold statement, but I feel that there is so much on offer in these 18 tracks, soulful beats, heavier trap inspired sounds, all backed by precise production which really elevates A$AP Rocky’s sound to the next level.