For one of the most talented and highly anticipated artists in the country, Oscar Key Sung is remarkably humble. This is what strikes me most, as we chat about baking, his latest EP, and how to create a sound that is truly authentic (you need to take inspiration from others.)

When I call Oscar, he is cheerful and incredibly genuine, in spite of the many interviews he’s conducting that morning. Luckily he has some time off in the afternoon, in which he will be baking a beetroot chocolate cake for his mum’s birthday.

“It’s really funny, I’m more of a savoury guy when I cook so we’ll see how it goes… She specially said she wanted beetroot.” 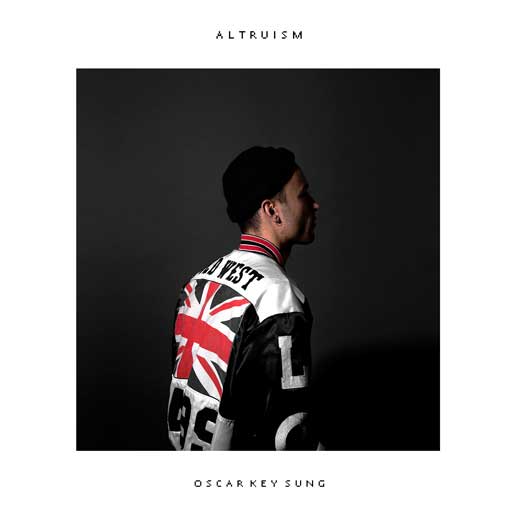 Oscar’s EP, Altruism came out earlier this month, featuring his latest title track, as well as well as lead track Premonition and his new single Skip.

“So far I’ve had nice reviews and some friends tell me they think its cool, which is good. Yeah, I think so far so good. I’ve had itchy feet to release more music, though. I really want to put out a lot this year.”

This kind of understated description of his work is what makes him such a delightful person to talk to. He is ambitious, and extremely passionate, without being pretentious.

Altruism has a maturity and a relative bareness to it, compared to his earlier stuff. He talks about how, with the first album, he would deliberately do a lot of dense layering of different sounds, how he would record in a way that intentionally alters sound to make it furry and thick. This time, however, he stripped things right back. I ask if that was a big step for him – forcing the restraint and subtlety.

“Yeah, if you don’t keep adding and adding to something, you have to be confident that what’s already there is good enough to hold up the song. A lot of the time it’s a case of, if I add this, or if I do something tricky here, or I make an exciting build or drop here, it’ll make it seem like an important moment. I’m trying to not use any tricks to make something seem important, I’m just trying to make it meaningful.” 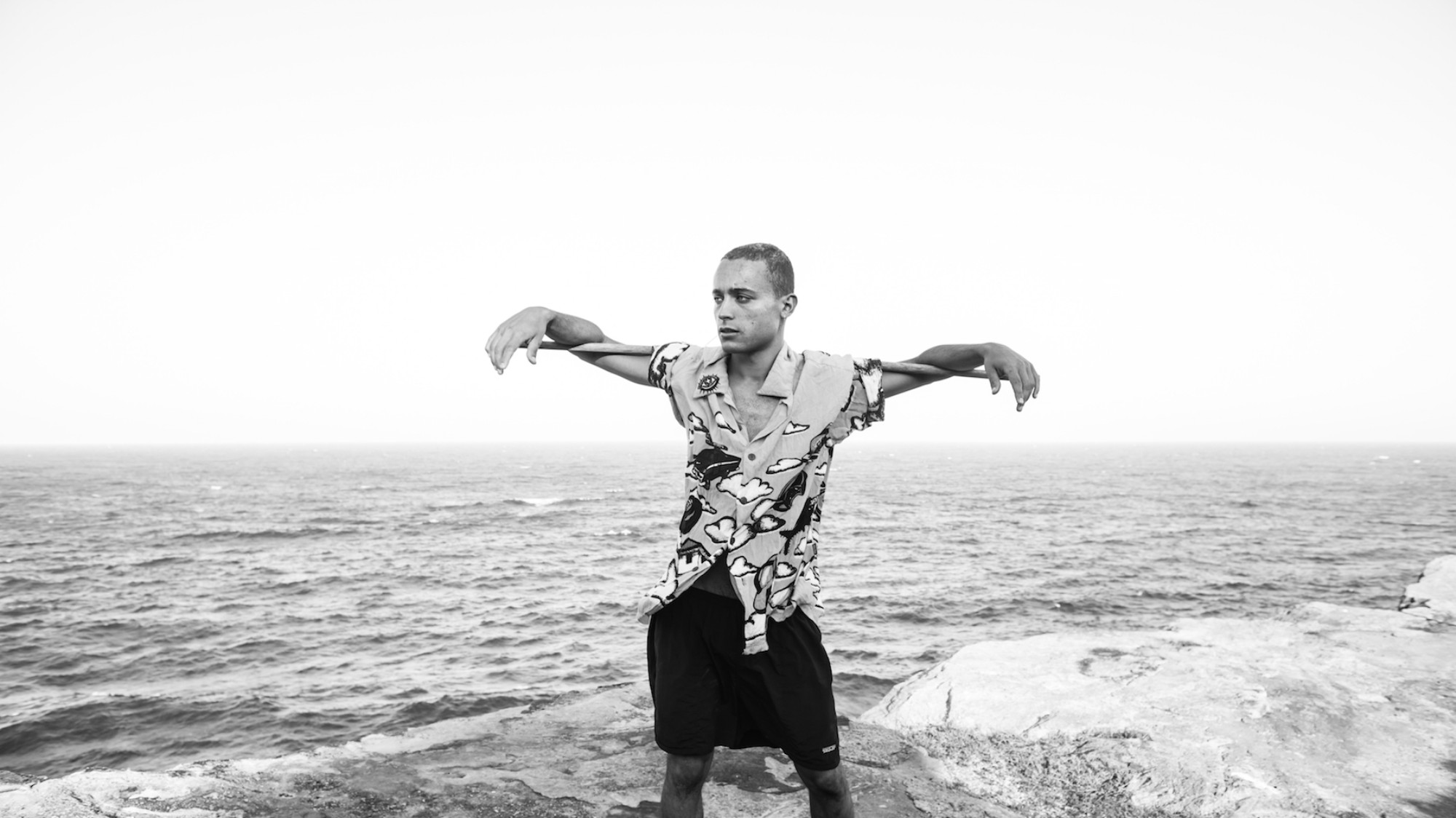 While the two EPs may be different in density, they both share a gorgeous fusion of multiple genres. Picking influences from all over the place, he seamlessly blends soulful electronic beats with old school R&B and pop, interwoven through each track with a unique flair. When I ask why that is, he talks about growing up with parents that worked in fashion.

“In the same way other people would talk about politics over dinner, we talked about art and design. I think a real thing that was instilled into me was that you need to draw from a lot of influences in order to find your own voice when you’re making art. Otherwise, there’s not as much of a sense of ownership, and there’s a lot of retracing your steps. It’s not as special. I think it’s good to find elements of different styles and bring them into one.”

In this way, Oscar’s work is similar to that of a visual artist. Influenced by a myriad styles and sounds, he has developed a sound that is truly his own. He goes on to explain that he’s recently taken interest in the function of music: some songs are good for driving, while others are perfect for a dance.

I wonder then, if taking influence from so many different sources is a kind of preventative method, restricting his ability to potentially sound like someone else.

“Yeah – theoretically. But at the same time, if you have something excessively gentle and then excessively harsh in the same song, maybe in some ways that’s a ridiculous thing to do. So I’ve become less inclined to mess around with that. The new EP is not particularly avant-garde in my opinion. It’s an interesting take on pop kind of stuff, you know?”

True. But that being said, one of the defining features of Oscar’s work, perhaps more prominently with his earlier stuff, is this exact duality. Combining sexy, understated beats with deeply, almost surprisingly soulful lyrics, his songs have been described as making you want to dance and cry simultaneously. I ask if the lyrical component of his work is important to him.

“Yeah definitely. It’s really, really important. I think that I’m the kind of person that when I’m sketching a song, if I don’t feel convinced by it or if I don’t feel the truth behind it or some sort of complexity to it, it just sounds funny, or pointless. It all ties in in some way and kind of has a truth to it, and a point.”

He mentions that certain songs have taken him up to a year just to write the second verse, searching for a different way of saying what he wanted to say. This consistent strive for authenticity in his work strikes me. It’s rare to find such a young, successful artist who ranks his integrity so highly. 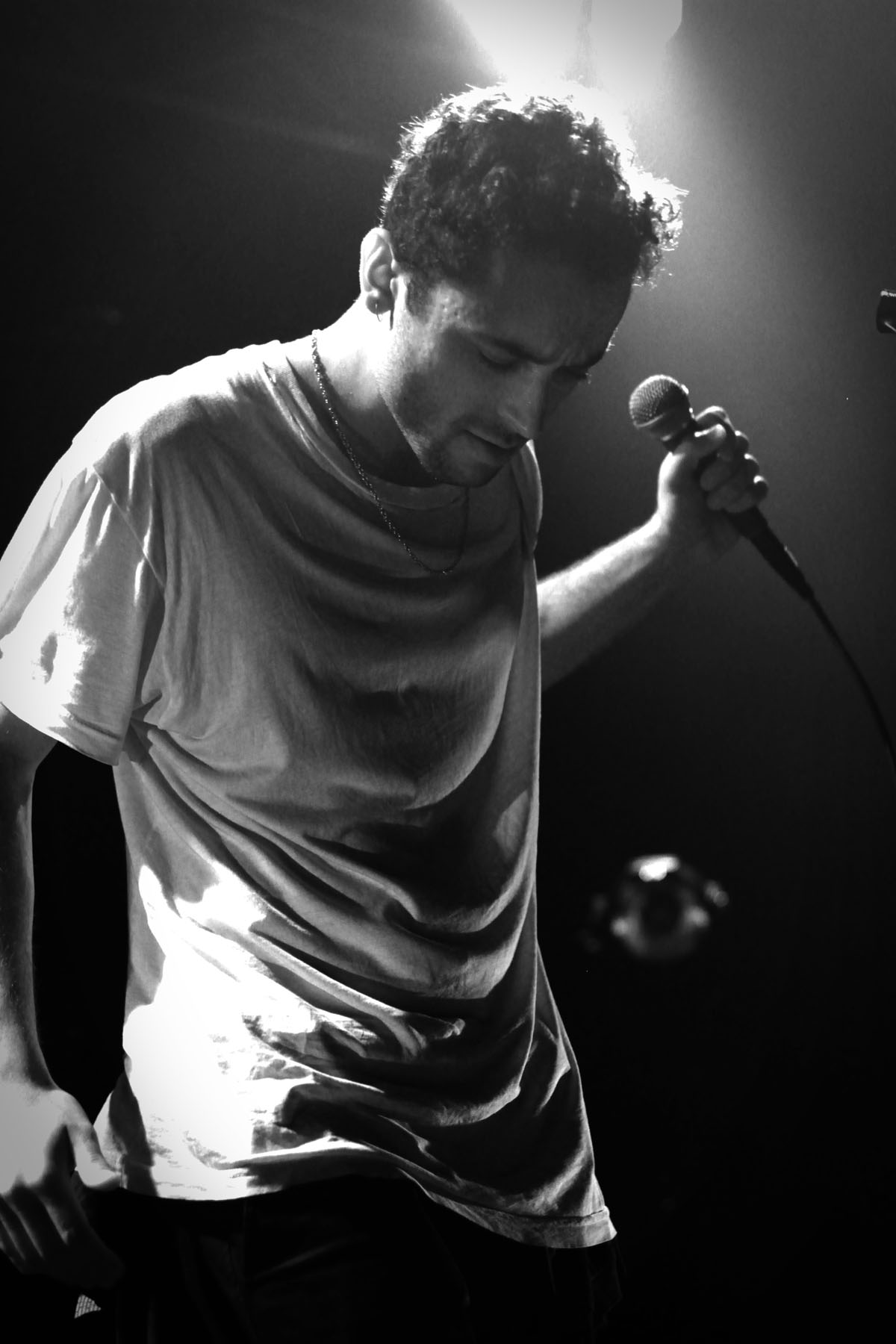 Apart from creating work in his own name, Key Sung has also done some incredible production work for artists such as Banoffee, Cassius Select and Ghostpoet. He talks about the fun that you can have when an artist comes to you with their finished work.

“In some ways producing’s really fun, intuitive, you’re just finding sounds and honing in on them. Getting rid of stuff and adding stuff, its kind of playful – just a really nice activity”

Live, he is nothing short of mesmerising. Having already found success in the US, Europe and Japan, he’s gearing up for another European adventure this year.

“Andy [Andras Fox] and I are playing in Europe soon and I feel like that’s going to go down really well, like the Café Romantica vibe… the itinerary is not entirely locked in, but it’s basically going to be like, so many shows. Italy, Prague, Switzerland and so on. So fun.”

Yet while his eyes have wandered throughout the world, it hasn’t changed his love for small, intimate performances. “I think I like intimate shows when they have that sense of closeness… You feel quite bare, in a weird way. Because you’re really close to the audience and not necessarily very loud, there’s no lights and all that that. So I love that, but I do also really love being on a big stage. The adrenaline is really amazing. They’re both good!”

In the same vein, we talk about how live performance can’t exist without the recording work that precedes it. “They’re really symbiotic,” he says. “You have that whole focus period where you’re really figuring things out and then it can be very fun and satisfying to play it and see what people think. And just have a dance.”