Because apparently releasing six albums in under three years (one is dropping May 1st this year) and dominating the national and international live circuits doesn’t seem to be enough, Melbourne seven piece King Gizzard & The Lizard Wizard are curating their own nationally touring festival. Entitled Gizzfest, the septet will be bringing mind-melting psychedelia, rock and blues to a capital city near you this coming May!

Each leg will feature King Gizz, along with labelmates The Murlocs and The Babe Rainbow. The rest of the line up has been carefully curated to bring you some of the most exciting local acts that specific city has to offer. Melbourne, of course, features a line up packed to the brim, with Scott & Charlene’s Wedding, The Pink Tiles, Drunk Mums, Mangelwurzel  and so many more to The Corner Hotel for three separate festivals over May 2nd and May 3rd. From there, the boys will be heading to Perth on May 23, playing alongside Psychedelic Porn Crumpets, Doctopus, Gunns and more. Sydney will be treated to the Gizz on May 30, with The Laurels, The Dandelion, Los Tones and others, whilst Brisbane will have this year’s most epic Sunday sesh on May 31 with  The Furrs, The Family Jordan and more jumping on board.

Promising to be one hell of a ride, tickets are already on sale. Don’t miss this! 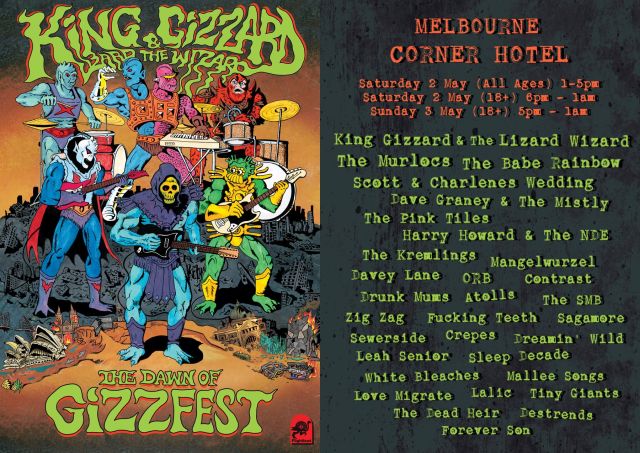 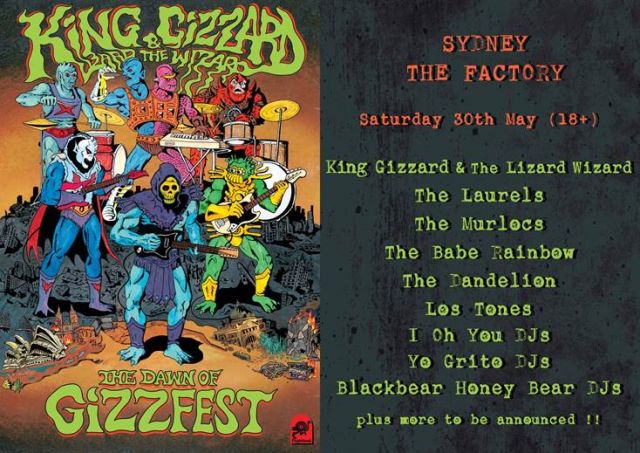 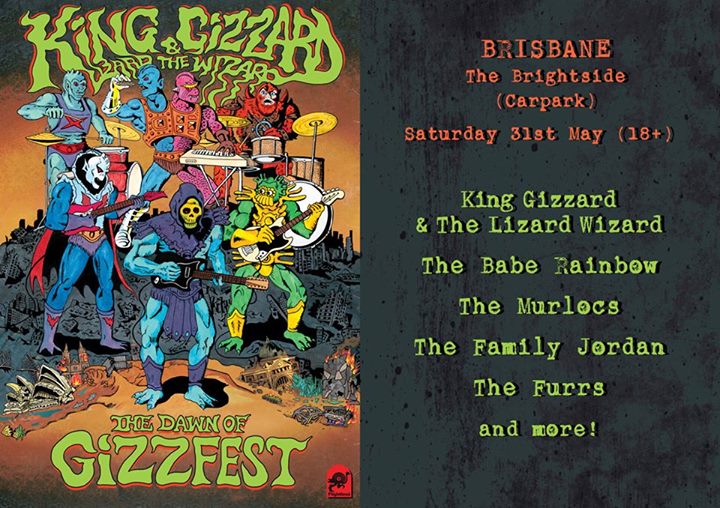