Yeah, it’s not a particularly delayed April Fool’s joke. James Blake announced a ‘road trip’ tour with his label 1800 Dinosaur a few weeks ago, and he’s just announced that Frank Ocean will be joining him.

Unfortunately many outlets took that to mean they’re performing together, which would have been too much for my brain to handle. Luckily, Blake clarified:

This is his post from earlier in the month, explaining exactly what a 1-800 DINOSAUR road trip is: 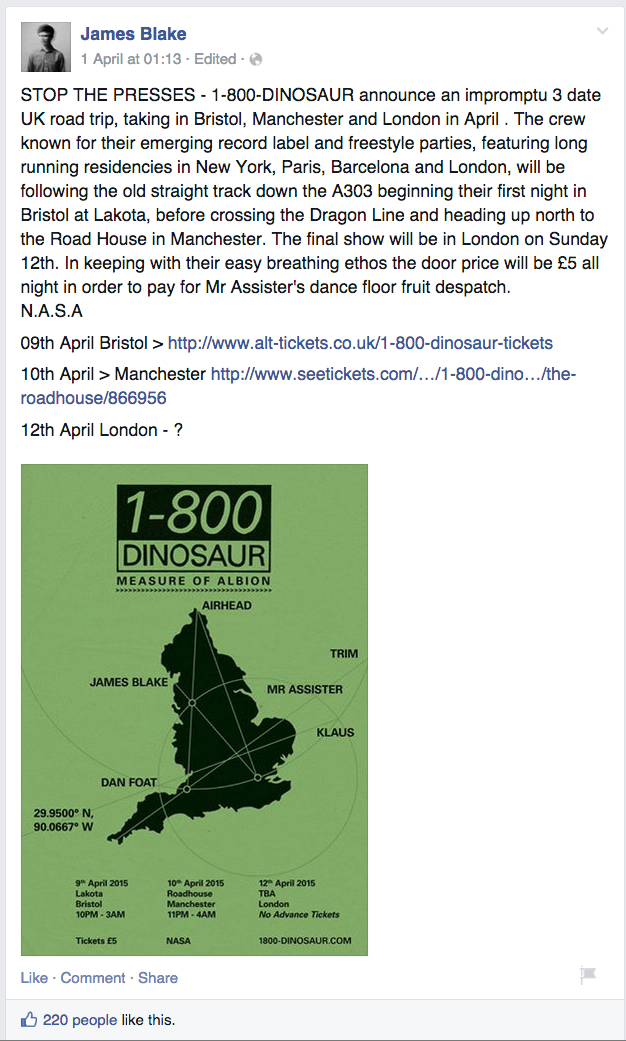 These two working together in any capacity is a dream come true. Pleaseohpleaseohplease let that mean they’ll be featuring on each others’ forthcoming albums. Two of the brightest stars existing in the music world today, with two of the greatest voices and the most powerful lyrical contents in the game. A collaboration would be unprecedented.

Frank Ocean just revealed details of his new album, while we’re still waiting for more news on Blake’s – although it will supposedly feature Kanye West and Justin Vernon. A radio station had announced that his album would be coming out in April (ie within the next two or three weeks) so I guess we can only wait to see if he’ll be surprising us.