Jack White has announced via Facebook that he’ll be taking an extensive (and probably much needed break) from touring after Lollapalooza and a few other gigs in the USA.

For anyone who has followed his movements since the release of Lazaretto, it’s understandable. He has basically toured nonstop since it came out, and his high-energy shows must be tiring.

It’s a big shame for us Aussies who’ve been hanging out for him to tour (he hasn’t visited our shores since touring his first solo album, Blunderbuss, back in 2012.

The announcement also shared the news that he’ll be playing five final shows in US states he’s not yet visited. The gigs will be entirely acoustic, with the event announcement happening at 8 am no the day of the show, and ticket sales going for a cool $3. 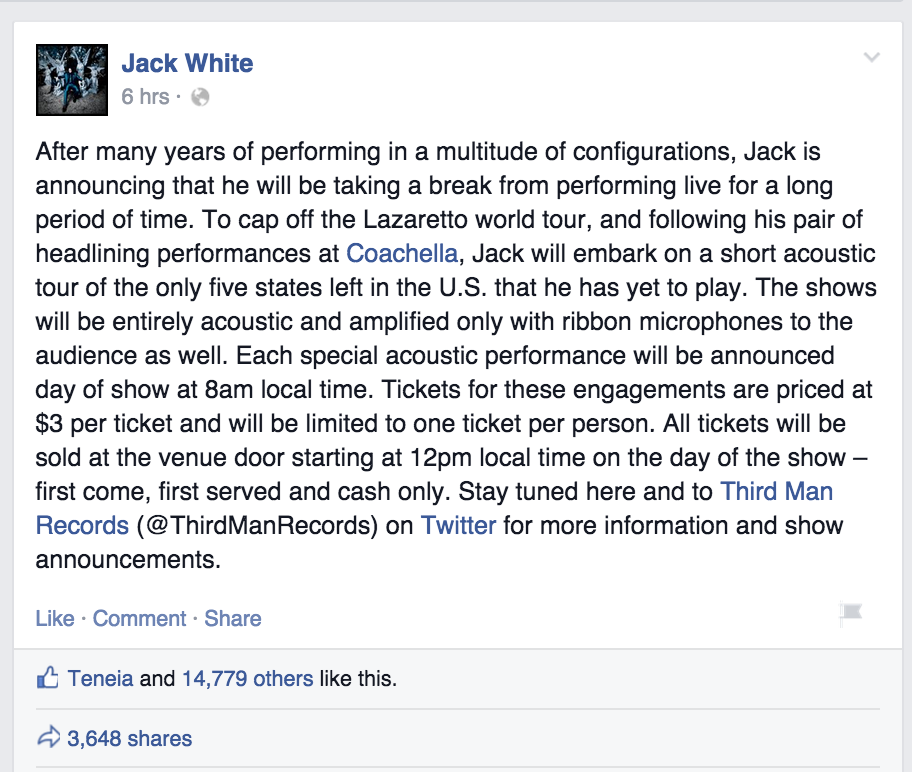 I’ll be honest, I’m really bummed by the news that it’s going to be a long while until I can see my beloved again. I hope he enjoys his time off and gets back into the studio soon!