Over the past year of so, Gang of Youths have started becoming one of my absolute favourite Sydney bands. It’s been a long time coming, but they’re finally releasing their album The Positions this week and I for one am extremely happy about that. Their sound is full of vitality and serious oomph, not to mention dazzling vocals and soaring guitars. Recorded over a full two years, what began as a “passion project” for frontman Dave Le’aupepe grew into an expansive, emotional and incredibly refreshing record.

Having played alongside bands like Vampire Weekend, Foster the People and Frightened Rabbit, it’s no surprise that they’ve formed an incredible live show of their own.

Their energy on stage is genuinely unparalleled – I’ve caught them live a couple times and they’re undoubtedly one of the best live local acts I’ve seen in years.

To celebrate the release, they guys will be heading off on a national tour next month. Kicking off on the 15th May in Sydney, this is really not one to be missed.

Tour dates below – tickets can be purchased on www.gangofyouths.com 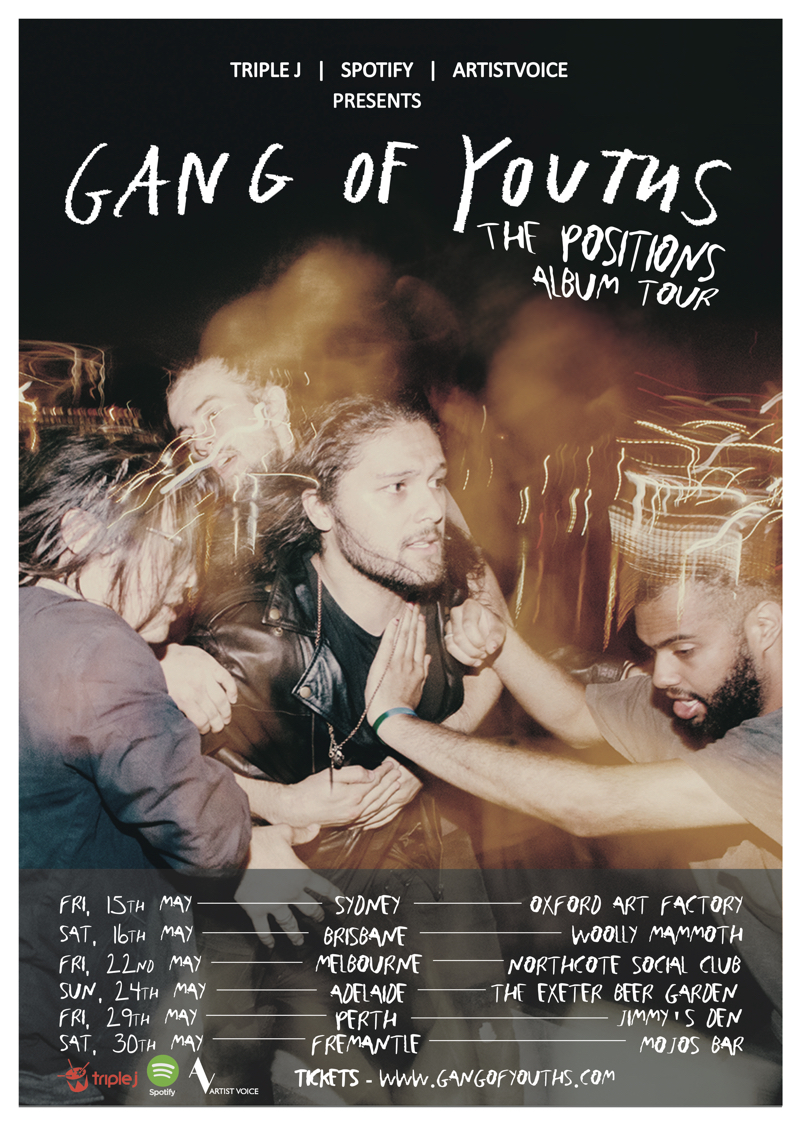