I was already in the foulest of moods today, and then I heard Rihanna‘s latest spite shit on the very notion of good taste:

It’s a miserable little ditty about a bitch who owes Rihanna money (and had better have it). The trap beat and overall sound of the song are abysmal enough as it is (and it hurts me to say that because it was produced by none other than Kanye West) but it’s the lyrics that take the cake. Such insightful musings including:

‘Turn up to Rihanna while the whole club fucking wasted’

‘Who y’all think y’all frontin’ on’

And, of course, ‘Bra, bra, bra’, because sound effects are lyrics now. As expected, she sounds like the most uncouth kind of Maury Povich guest imaginable.

I find it grossly unfair that this woman can be worth 90 million dollars and a global superstar and still be permitted, nay, encouraged,  to release godawful, poorly-written crap like this. To enrage myself further I decided to take a look at the shitty, shitty lyrics of some other inexplicably famous artists.

The only stipulations here were that the song must be from a platinum-selling artist from the 21st century and meet one or more of the criteria of being nonsensically stupid, cringe-inducingly cheesy or horrifyingly offensive  The results were blinding and full of reaction gifs.

Cheers Bey, I’d spent countless hours wondering just who runs this little old world of ours before you let me know that it is, in fact, girls. Girls run this motha (x4).

What’s really going on at the United Nations

When your chorus and half of your song is a variation of the same terrible line repeated over and over again, it doesn’t strengthen the message behind it, it just makes you look like a lazy shit. Your inexplicably tangential verses don’t save this monstrosity either, whether you’re rambling about being from Houston, working 9 to 5 (spare me) and:

‘I think I need a barber, none of these niggas can fade me’

Your lyrics are worse than that dad-est of dad jokes, Beyoncé. Cut the shit.

I’ve made no secret of my distaste for every single thing Ed Sheeran has ever done, and this vomity little love song my girlfriend no doubt loves is one of those things. Some of the more egregious lyrical skidmarks are:

‘Would you make me a cup of tea, to open my eyes in the right way?’

You can just open your eyes, Ed. You don’t need a cup of tea to do that. Nobody does. In truth, only a British man would include lyrics about being made cups of tea in a love ballad. Prince Charles and Camilla might be getting their weird royal fuck on to that but I can guarantee you nobody else is.

You’re welcome for that terrifying image.

‘And I know you love Shrek, cause we’ve watched it 12 times’

That’s entirely more than the recommended dosage of Shrek, Ed. You’re a grown-ass man and that’s a ridiculous movie about a giant green ogre and his African-American donkey that you’ve spent an inordinately creepy level of time watching. There are other movies out there that aren’t Shrek, thousands of them. You need to get out of the house. 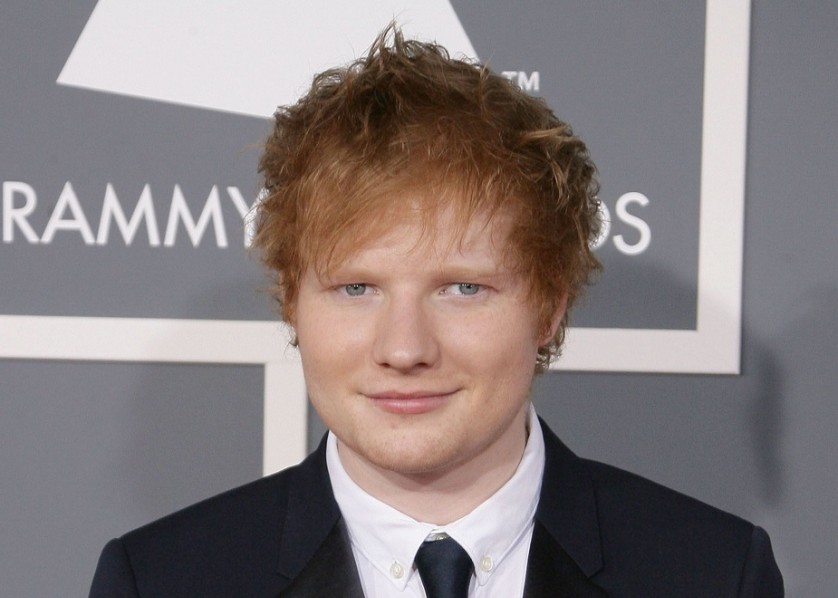 There’s no soul behind those dead eyes.

The rest of the song is a similarly shoddily-written little stroll along the line between being disgustingly romantic (‘Cause maybe you’re loveable. And maybe you’re my snowflake’) and irritatingly quirky (‘And if your DVD breaks today, you should’ve got a VCR. Because I’ve never owned a Blue ray, true say’).

3: Nickelback – Something In Your Mouth

Look, I hate Nickelback as much as the next man, but at least they usually peddle in inoffensive albeit bland corporate wuss rock and-

I’ll spare you the verses, which are a lengthy and lecherous description of some poor woman Chad Kroeger has spotted in a drinking establishment, and skip straight to the seedy, seedy chorus. 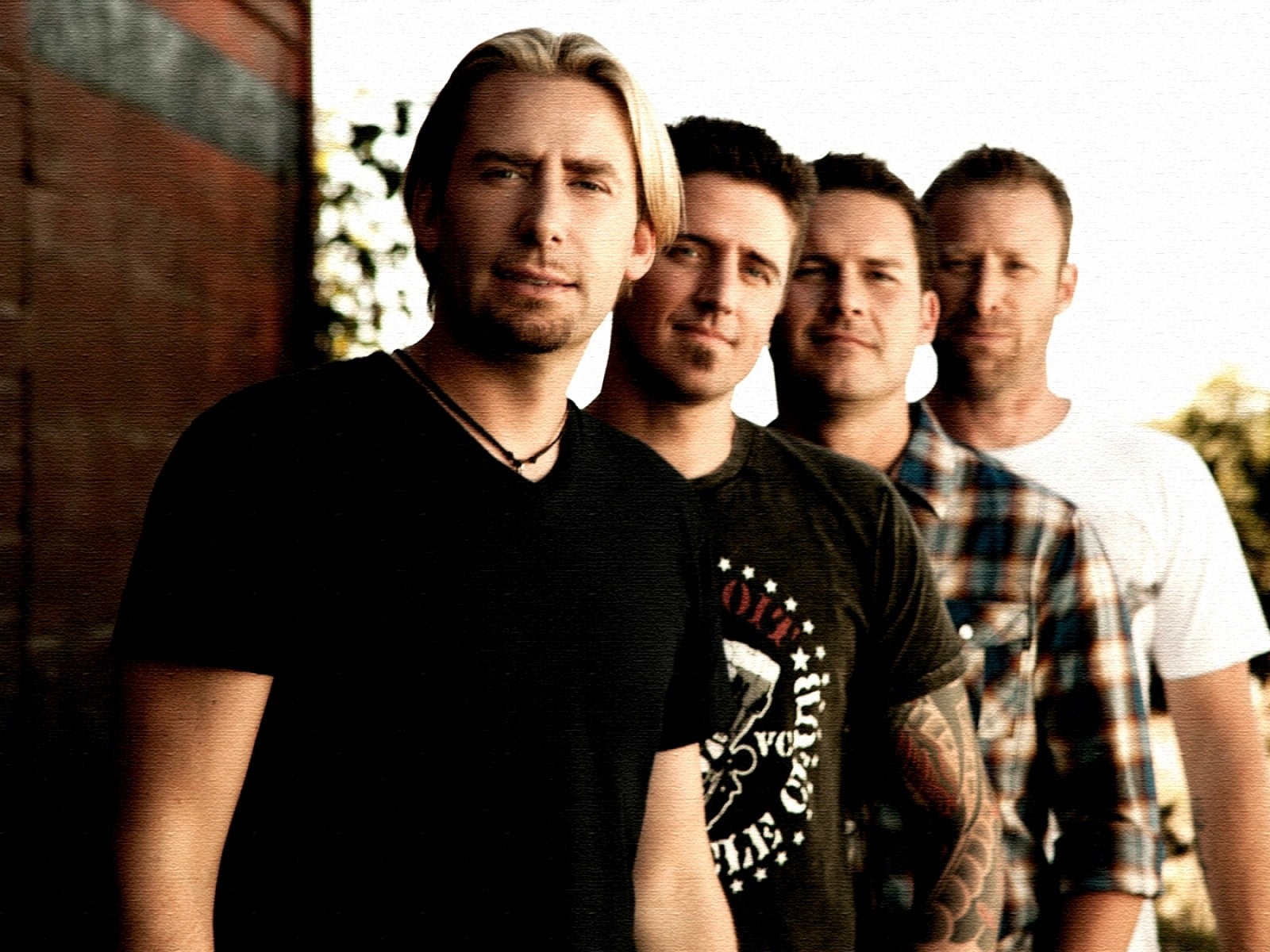 It’s a small miracle that women even talk to the members of Nickelback with their profound lack of both talent and dress sense, that they can be this outrageously misogynistic in return is mind-fuck baffling.

Purify comes from Metallica‘s St. Anger album, a maligned piece of shit completely eschewing guitar solos and anything cool made when they were all in therapy and, by God, is it fucking awful. You can almost hear what’s left of James Hetfield’s mind committing seppuku with a rubber chicken while shrieking at the moon. Pictured: All of the crazy

‘Tear it down
Strip the layers off
My turpentine’

That’s the opening three lines. Not even a minute in and he’s used the line ‘my turpentine’. It gets worse.

I don’t know what this is supposed to be about, but keep in mind the stupidly loud nu-metal guitars and Hetfield straight screaming gibberish like ‘wanna be skeleton’ and it’s even more ridiculous. This goes on for an entirely unneccessary five minutes and fourteen seconds, not without the cherry on top of this clusterfuck cake:

‘ I can find the dirt on anything’

The Grand Wizard of godawful lyrics, nobody will make you facepalm faster or harder than Mr. Worldwide. The man is a moron, and his Eurodisco shit rap is of the stupidest caliber. You are scientifically guaranteed (probably) to lose one IQ point for every syllable of Pitbull lyrics.

Whether it’s rhyming the word Kodak with Kodak (Kodak hilariously filing for bankruptcy a year later), alleging that his adulterous exploits are some misogynistically biblical combination of Tiger Woods and Jesse James 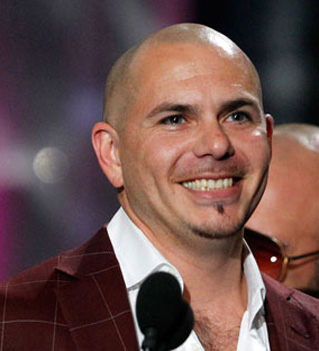 I know you want me

Or, in a feat of insensitive fuckfacery without rival, announcing his ambition to pour so much vodka into whatever salty, godless little club he and T-Pain are presently occupying that it becomes flooded like post-Katrina New Orleans. You know, just that natural disaster that killed over a thousand people.

Keep it classy, you raging dickhead.

At least he reveals his back up plan to his fans, in the highly unlikely event that his record label is anything but a success:

“Label flop but Pit won’t stop
Got her in the cockpit playin’ with his (como?)
Now watch him make a movie like Alfred Hitchcock”

I don’t ever want to witness Pitbull’s directorial debut, which would probably be an hour and a half of sexual assault innuendo disguised as product placement and dick metaphors spliced in with closeups of his soul patch. That there is a market for this man’s music is a global travesty.