Saturday April 18th marked the 9th annual Record Store Day. On this day, independent record stores across the world were flooded with music lovers of all tastes who were eager to seek out and discover hidden treasures in the form of beautiful vinyl records.

We were there – it was pretty fantastic day! It seems the rest of the world agrees with us. Twitter was filled with tweets of satisfaction, along with pictures of successful purchases. It’s amazing to see so much pride in vinyl culture and the small (and not so small) record stores who have built up this day over the past eight years.

Here are some of the cool things that went on this Record Store Day: 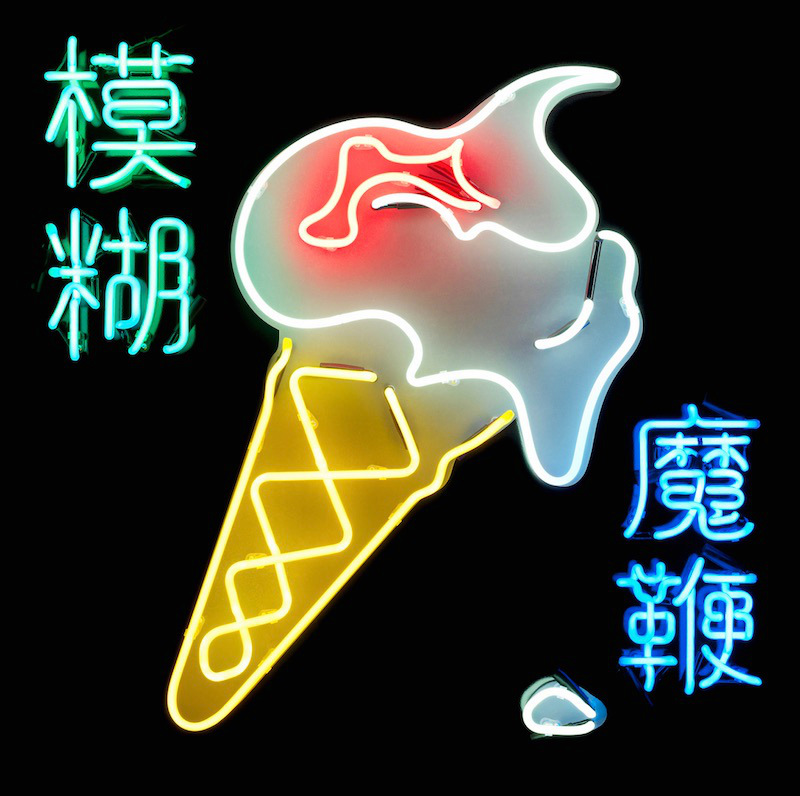 Blur is set to release their new album Magic Whip on April 27. They decided to use this to get into the spirit of Record Store Day by hiring an ice cream truck which they named after the upcoming album. The truck drove around Los Angeles, serving ice cream to the people at the doorways of the crowded record stores.

Posters around the city said that those who presented their receipt would receive a free ice cream AND if they used secret code “THE MAGIC WHIP”, a collective Lonesome Street flexi disc would be coming there way.

How lucky is that?

So many artists celebrated this joyous day with exclusive releases of vinyl records and collectible reissues. There were almost 600 of these that could be found by a number of lucky fans.

Some of these included Florence + The Machine’s upcoming album How Big, How Blue, How Beautiful on 12” blue vinyl, Courtney Barnett’s Kim’s Caravan on 12” vinyl, The White Stripes’ Get Behind Me Satan on 12” coloured vinyl, Banks’ The Remixes Part 2 on 12” vinyl and a Run The Jewel 12” vinyl featuring three unreleased songs.

Did you get any of those beauties? 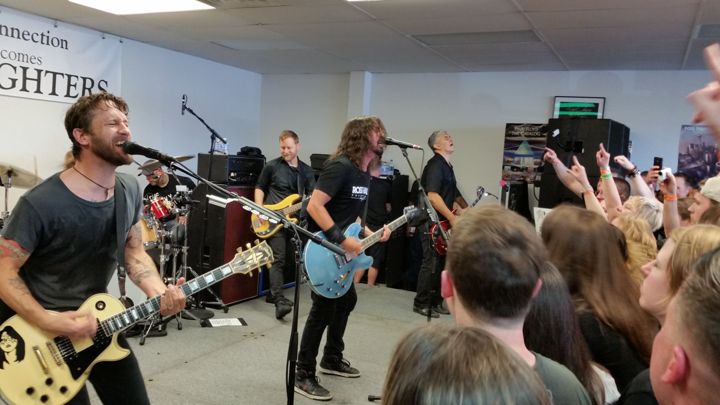 The majority of record stores are quite small so you can just imagine the incredible sound there would have been throughout the room. Foo Fighters performed a 10-song set list for about 150 fans in a record store in Ohio called Record Connection.

They played some early demos from their Record Store Day release Songs From the Laundry Room, and a few classics like Big Me and Everlong. In exchange for this intimate show, Frontman and Record Store Day Ambassador Dave Grohl had one simple request from the small crowd. “I know we’re in a fucking strip mall, but let’s pretend like this is a stadium show,” he yelled.

I’m sure this request was fulfilled.

The hunt for the autographed Paul McCartney vinyls

Word on the street is there were a few autographed Paul McCartney white label promos hidden in a selection of record stores. Copies of the 12” vinyl in a plain white cover were spread out in a bunch of secret locations across America.

Apparently, there were only 109 of these babies that were signed by the man himself. Here’s one of the lucky McCartney fans pictured with her new vinyl.

The Petting Zoo at Peaches Records

Do you have a petting zoo at your #RSD15 celebration? @PeachesRecords did. pic.twitter.com/ovRfUfT6et

Finally, Peaches Records in New Orleans decided to bring in an unusual added bonus for the day. They had a petting zoo inside the store.

Yep, that’s right. As we can see in the tweet above, they bought in what looks like a donkey and a small horse to entertain their customers. Amazing.