I might be tripping when I say rapper Gucci Mane and EDM artist Diplo are working on a collaborative project. But word on the tweet says it’s true:

Over the weekend, Gucci Mane went to Twitter to announce that he and Diplo will be working a new album together. The news has attracted both positive and negative reactions from the public.

And while Gucci’s tweet states it is an EDM project, Diplo has confused everyone by laughing off the EDM tag: 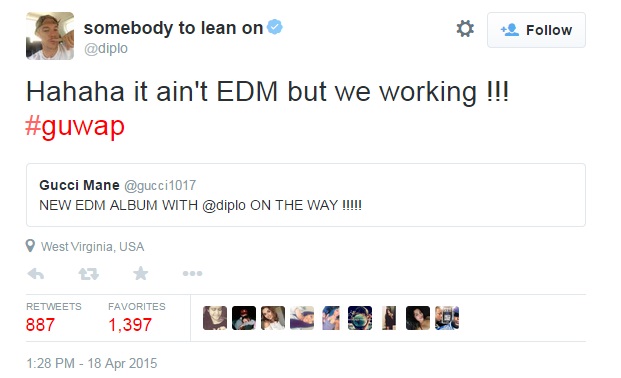 To put it in perspective all we know is that there’s an album in the works between Gucci Mane and Diplo but have no idea whose tweets are speaking the truth.

Is it EDM with a pinch of rap or not!? Maybe Trap? Okay, I give up…