The story of Suge Knight is pure hip-hop. It’s the story of a bit player who ruthlessly clawed his way to the top. It reads like a rejected script from Entourage. It’s just as unbelievable, just as unfunny, and much more violent. Suge was a real gangster, living through, and largely instigating the East Coast / West Coast rap war. He was the Rasputin of the mid-90’s: 6 and a half feet tall, bearded, sinister and completely unkillable. 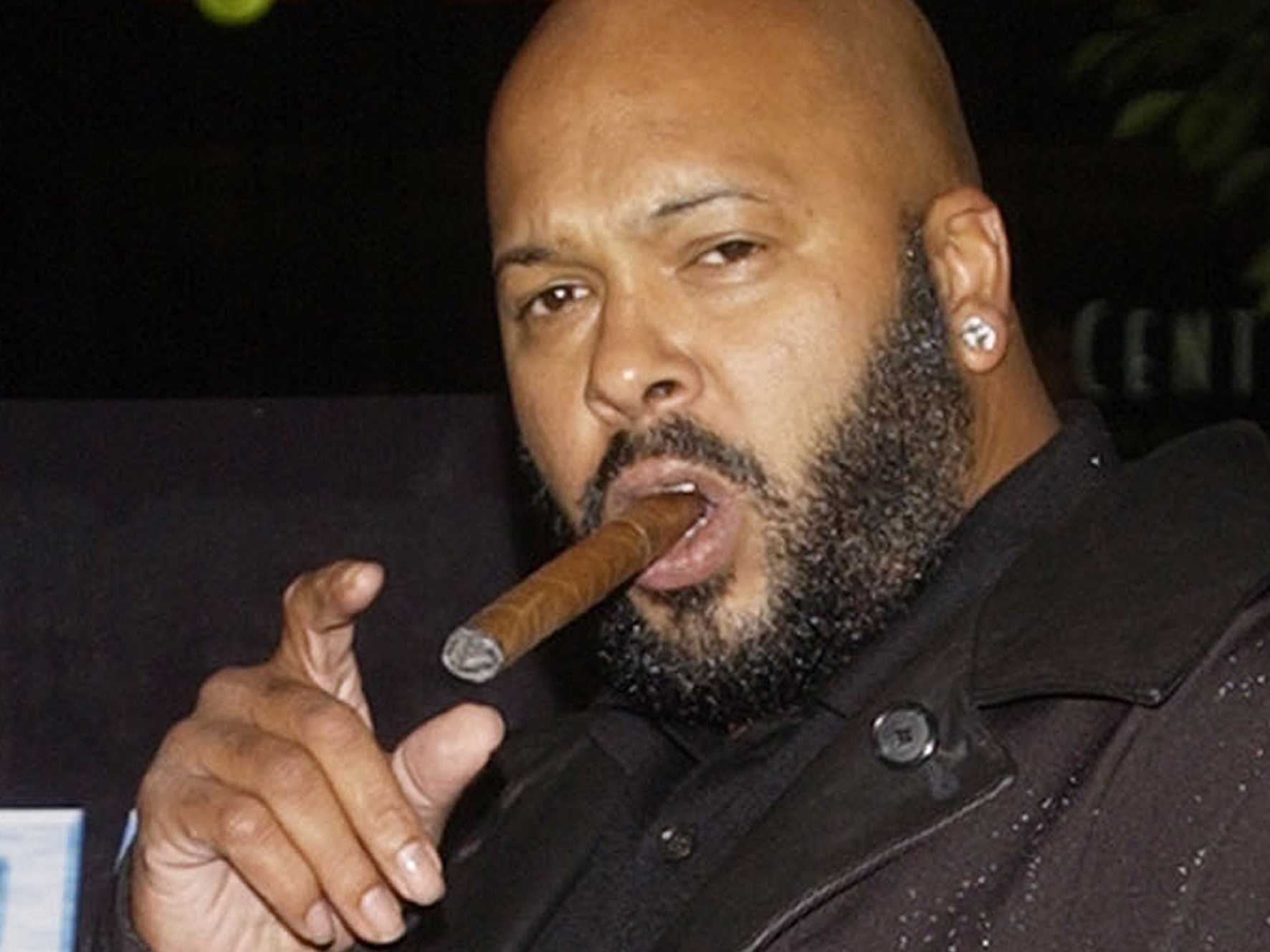 ‘Suge’ comes from Knight’s childhood nickname of ‘Sugar Bear.’ ‘Bear’ was presumably on account of his massive stature. ‘Sugar’ was presumably ironic. Growing up in Lynwood, California, Knight was a football star, heading to El Camino College on a scholarship. Knight was not drafted to an NFL team, but soon found another career path that could make good use of his size and strength: as bodyguard to singer Bobby Brown.

Suge lived the gangsta rap creed long before people starting singing about it. Long before GTA: San Andreas, Suge was arrested in Las Vegas for attempted murder after shooting a man three times, while trying to steal his car.

Suge graduated from bodyguard to standover man when he famously secured the release of Dr. Dre from Eazy-E’s Ruthless Records. Suge and several other lead pipe-wielding associates stood and watched as Jerry Heller and Eazy-E signed documents releasing Dre from his 6 year contract.

These aggressive business tactics worked for Knight again in 1990 when he threatened to throw Vanilla Ice off a balcony if he refused to transfer royalties to Knight’s client. Sadly, Vanilla Ice agreed and Knight’s threat was never carried out. 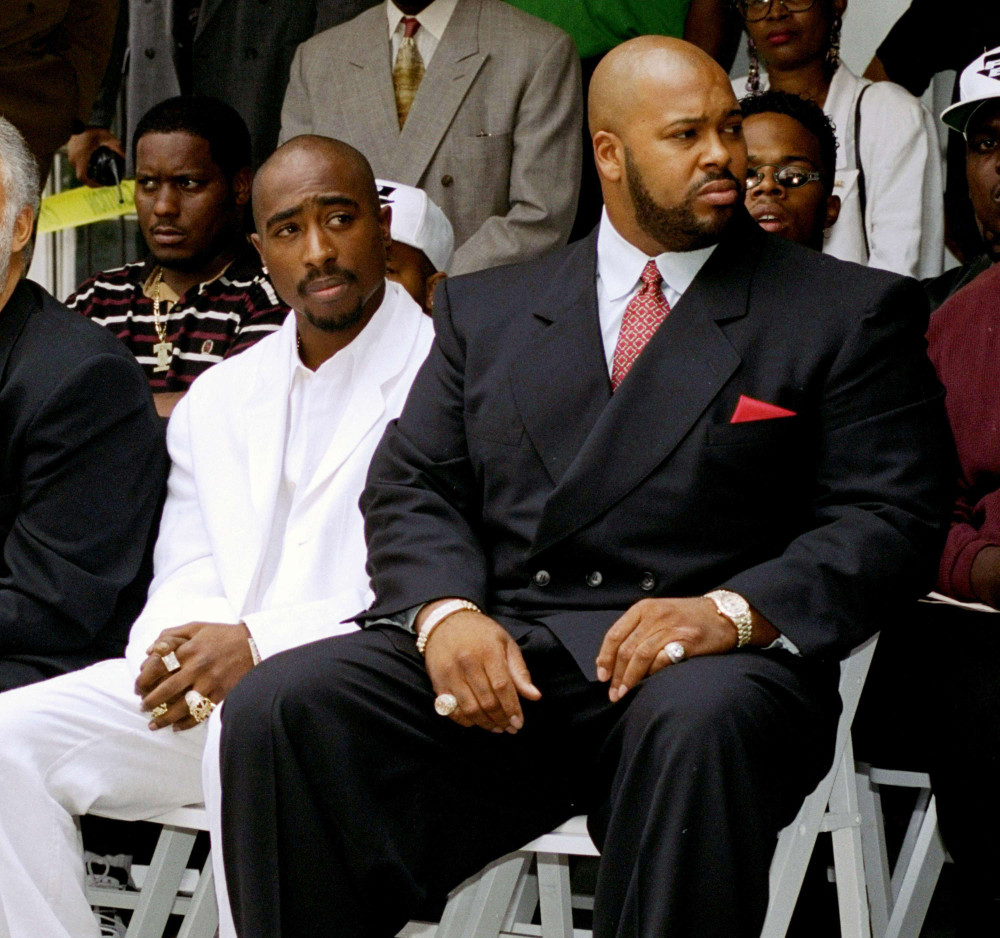 At the height of his power, he made the transition from rap mogul to comic book super villain. Knight was on the frontline of the East Coast / West Coast rap war. At the 1995 Source Awards, Knight called out Bad Boy impresario Sean Combs, and his tendency to “uh huh,” “yeah” and “that’s right” throughout the background of his artists songs. “Anyone out there who wanna be a recording artist…but don’t want to worry about the executive producer trying to be in all the videos, all on the records, come to Death Row.” Knight was driving the night when Tupac Shakur was shot and fatally killed in a drive-by in Las Vegas. When Biggie was shot and killed in a similar manner on March 9, 1997 many suspected that Knight had ordered the hit.

Suge’s reputation as a thug soon became too much even for so-called ‘gangsta’ rappers Dr Dre and Snoop Dogg. Both left the label, and held deep resentment for Knight’s perceived involvement in Tupac’s death.

Knight was sent to prison in 1996 for a parole violation for an assault on the night of Tupac’s death. This had absolutely nothing to do with Pac. Suge just wanted to rough someone. Knight received a 9-year sentence for the parole violation. Now, maybe Suge could be forgiven for acting out the fantasy of every man, when he successfully pulverised a parking lot attendant in 2003. But obviously the judge had never gotten a parking ticket before, and threw him back in prison.

With the kingpin behind bars, the Death Row Empire quickly turned to ruin. At this point the story takes a turn for the pathetic. Creditors quickly came for Suge. However, they weren’t the next generation of loan sharks toting baseball bats. They were bespectacled lawyers toting subpoenas. In 2006, Knight filed for bankruptcy after a steady stream of costly litigation. While his bank account may have only contained a total of $12, he was still sporting jewellery worth $25K.

Hip-hop violence is almost non-existent in the modern age. Still, Suge is the Sonny Corleone of the era; he seems to be a magnet for bullets. In 2005 he was shot in the leg at Kanye West’s pre-VMA party. In 2014 he was again shot at a pre-VMA’s award party, this time hosted by Chris Brown. The VMA’s are steeped in tragedy. 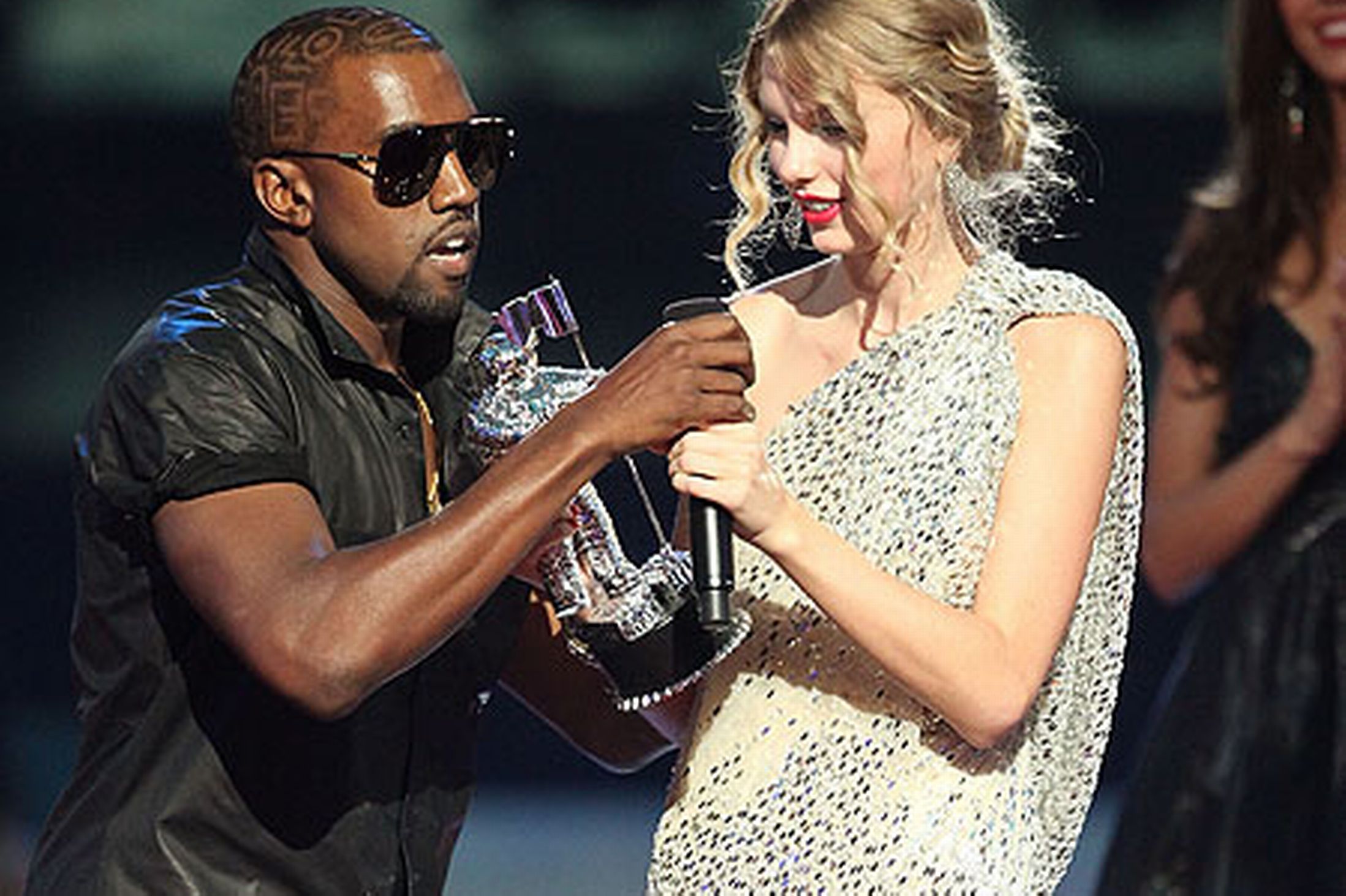 In 2012 Knight was arrested after nicking a camera out of a photographers hands. While you could probably file that crime under ‘L’ for ‘Larrikin’, Knight could still face up to 30 years behind bars due to the accumulative effect of his enormous rap sheet.

At this point the story takes a[nother] turn for the bizarre. On January 29, 2015 Suge visited the set of ‘Straight Outta Compton‘ – the biopic that tells the story of the formation of NWA. We can only assume that Suge was unhappy with his portrayal as the villain, because the night ended with Suge running over a record exec and a filmmaker in his truck in the parking lot of a burger chain. The hit-and-run left one dead and the other seriously injured. Whilst eyewitness accounts seems to support the theory that Knight deliberately flattened the pair, new evidence suggests Knight was trying to escape an attack. If that is the case, this can be added to the long list of times that Knight has successfully cheated death. Knight has been charged with murder and bail of $2 million was refused.

In court, Knight is now complaining of serious health problems. He told the judge that he’s lost 30 pounds and only has 15% vision in one eye and is completely blind in the other. It’s maybe sad that this literal hip-hop giant is going to go out with a whimper and not with a bang – complaining of potentially fictional ailments to avoid a lengthy jail sentence. He might have preferred the sacred death of his contemporaries, going out in a hellfire of bullets.