Future Music Festival 2015 kicked off in Sydney at the Royal Randwick Racecourse this Saturday for their tenth year running, and this was probably their most ambitious year so far. With an outrageously strong line-up, fireworks going off from multiple acts, foam pits, show rides and a total of eight incredible stages, it was a day of excess, music, shirtless bros and more.

The 2015 edition went ham on the EDM scene, including Avicii as the final act for the second time in three years, Afrojack, Martin Garrix, Nero, Tchami, The Prodigy and more. But there was an impressive list of hip hop acts too, including Hilltop Hoods, Die Antwoord, 2 Chainz and of course Drake, who headlined the entire damn thing and probably pulled a bigger crowd than Avicii.

EDM ruled the day, and the streamlined crowd demographic shone through. As scary as it may be to some (reports of eastern suburbs residents shocked and upset by the incoming masses were widely shared,) it works in FMF’s favour, of course. Like its bigger and more intense festival comrades Stereosonic and Defqon, dance festivals cultivate a specific culture that people can recognise and want to be a part of.

When you walk through the Randwick gates, prepare yourself to be sidled shoulder-to-shoulder with hoards of shirtless guys and scantily clad girls. The dress code for the day is apparently very specific.

– Some kind of skimpy crop-top that makes no secret of what’s hiding beneath
– Shorts that cover some, but not necessarily all of the areas that they are designed for
– Fake tan – as dark as you like it, regardless of natural skin colour
– Gloriously heavy makeup that features thick foundation, strong brows and fluorescent lips 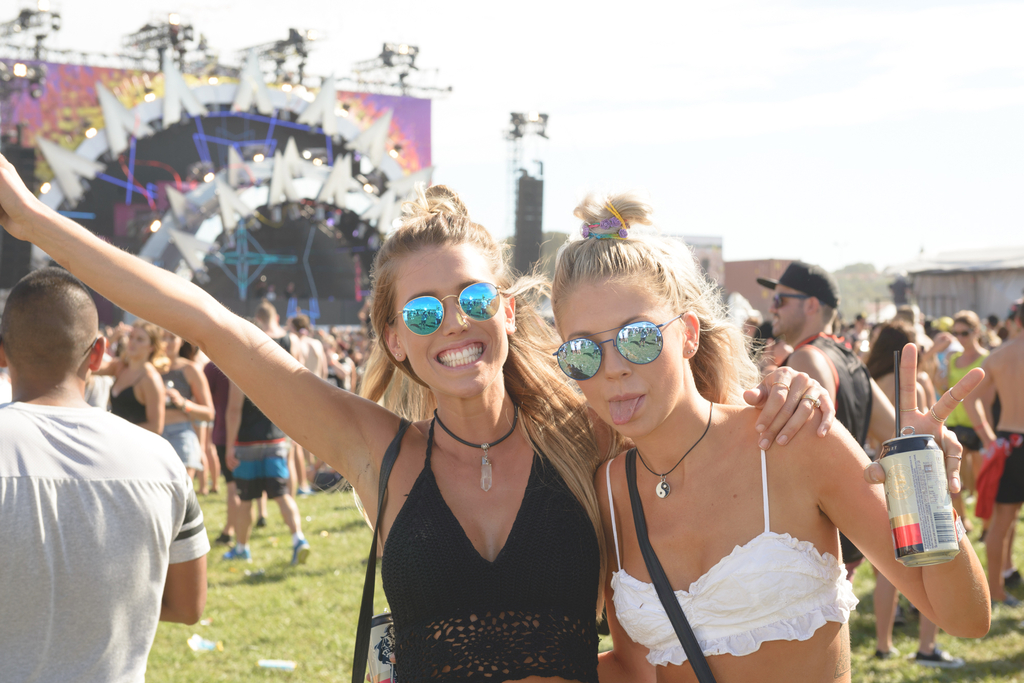 You should also be aware of what kind of behaviour is ‘on trend,’ and attempt to partake in as many of these activities as possible. This years’ trends include smoking cigarettes (being actually lit is optional, just ask the more… jovial attendees,) parading around the festival with your pecks out and little to no interest in the music, and finally, dancing in a way that gets as much sweat as possible on the people around you.

Don’t get me wrong. This isn’t to say that my fellow festy-heads depleted the overall festival experience. They are what made the experience of Future Music Festival so special for me. Just like when you think of Stereosonic or Defqon, your immediate thought isn’t great venue design or sound quality, it’s the raging sea of shirtless munters that attend the event. If a festival has an established scene, then it is doing something right. 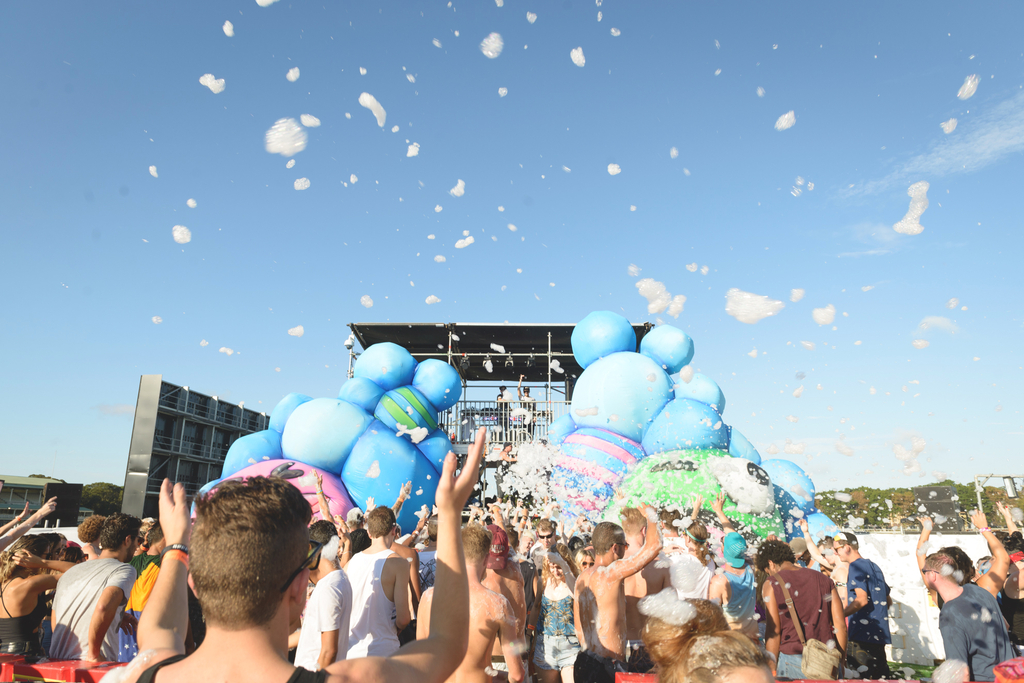 Over the years Future Music Festival has always featured an EDM heavy line-up. But dabbled into the mix was the occasional appearance of indie/dance acts. Artists such as Van She, Rudimental, Rita Ora and Bloc Party have all played in previous years, as have numerous hip hop and R&B acts. It’s interesting to note that while dance music continues to rule the day, more and more hip hop acts are being tacked onto it – although that may be more of a comment about the state of dance music and it’s budding bromance with rap!

Apart from a strong line-up, there are a few other things that Future Music Festival has done incredibly well this year.

The biggest success of the day was crowd control.

With a capacity of around 50 000 people, it can be a bit of a shit fight getting around the venue. This year they did a great job of organising the stages and set-times so that festival-goers could move around with ease. This differs from previous years where crowd crushes, and people being trampled have been a huge problem. 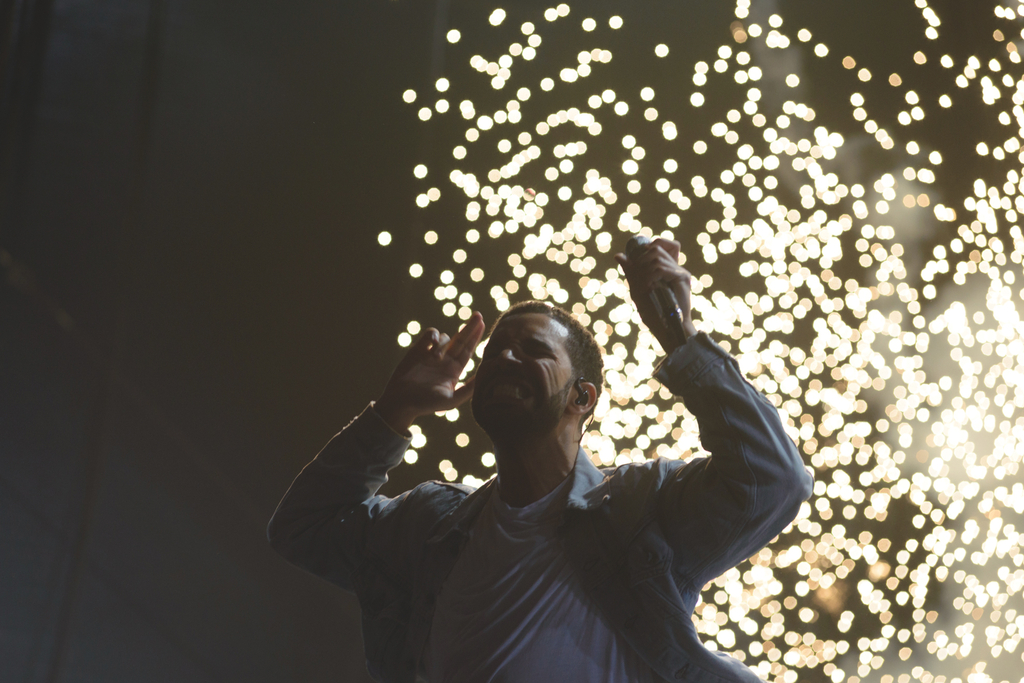 In terms of the artists, Drake’s show was easily the highlight of the night. With stunning visuals and lighting, as well as guest appearances from multiple international artists, he definitely made the festival. His performance was absolutely flawless, and evidently well rehearsed. Yet despite this he was able to interact with the crowd with an incredible sense of soul and intimacy.

On the Future Live Stage Hilltop Hoods and 2 Chainz both gave fantastic energetic performances. In terms of DJs it was Tchami and Nero that took the crowd to the absolute next level, with insane sweaty sets.

All in all this was probably Future Music Festival’s best year so far. The only question left to ask is where will it go from here? As the current generation of young people grows up, I’m interested to see whether it is able to establish itself as one of Australia’s enduring music festivals, or whether it’s ten-year surge of popularity has already had its peak.

If you live in Brisbane, Melbourne or Adelaide, then you can still purchase tickets here.