This week sure has been full of surprises. First Kendrick released his album To Pimp A Butterfly a week early, and now details of Earl Sweatshirt’s new one has just been released via iTunes. With a March 23 release date, I Don’t Like Shit, I Don’t Go Outsidewill be EARL’s third album. Mega hype, if you preorder now you’ll get the first single available, Grief. Featuring the likes of Wiki, Vince Staples and more.

The follow-up to Earl’s 2013 album Doris, it’s already been a huge year for hip hop, particularly with the recent Drake and Kendirck album releases, not ot mention the imminent Kanye West album, ready to drop at any moment.

Unlike some of the other “early releases” or “leaks,” Earl’s clearly a little pissed off about this (scroll from the bottom up): 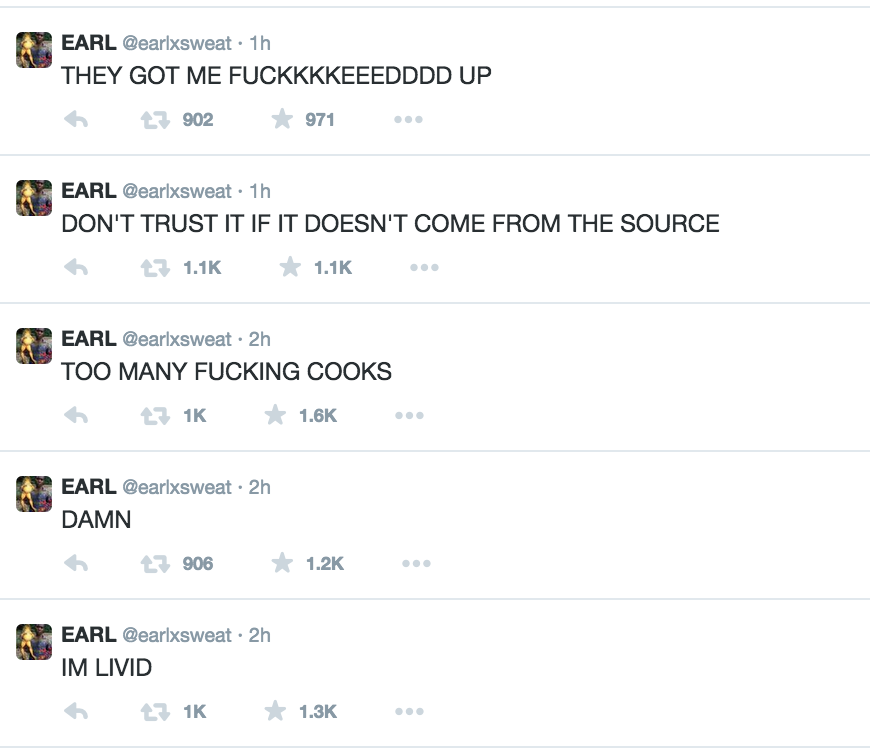 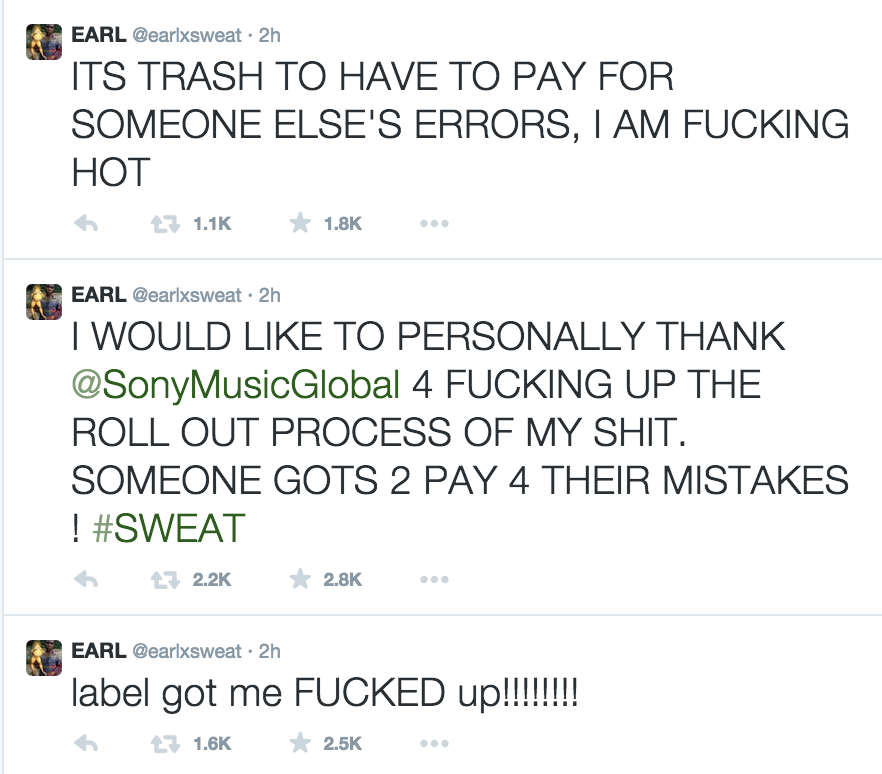 I figured that, as this is announcement is considered an ‘early release’, Kendrick’s early release must’ve had a direct impact on this. But it seems that Earl isn’t the one behind it.

In any case here’s the tracklist: