Festival season may be winding down, but that doesn’t mean artists aren’t announcing more tours! here’s a few of the recently announced tours, complete with info, dates and where to buy those sweet sweet tickets.

Miss the Melbourne songwriter at Laneway? Fear not. One of my new favourite artists, Courtney Barnett, has recently announced her upcoming full length album, alongside a new video and a complete set of Australian tour dates. Make sure to catch her while you can – having already played Glastonbury, Coachella, Bonnaroo and other major international festivals, I have no doubt it won’t be long before her Aussie appearances are fewer and farther between.

Barnett’s upcoming album, Sometimes I Sit And Think, And Sometimes I Just Sit, comes out on Marh 15 through Remote Control/Milk! Records. 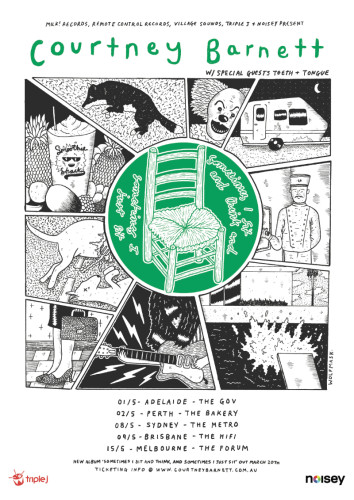 Gold Coast producer Paces has been on up, up, up and up over the past year or so. Having produced for, collaborated with, or remixed pretty much everyone you can think of, proving himself time and time again to be one of the most hardworking people in the Aus music scene. Well on the way to developing a signature sound and style for himself with his bright, unique and catchy tunes, his latest single, Nothing’s Forever ft. Kucka is my personal favourite to date, showing off a darker side of his tone and style.

Now ready to take his show on the road, check out the dates below and get down to see him in Aus of New Zealand throughout March and April! 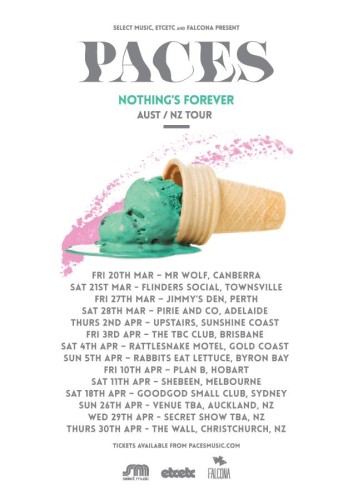 I discovered rock band Gang of Youths last year, and I haven’t turned back since. They’re bringing rock ‘n roll back to the Aus music scene in a way we’ve only seen in a handful of recent acts, and it’s refreshing as hell. Having spent time recording over in Nashville, Tennesee, they’ve developed a raw, growling sound that really sweeps you off your feet. As of this weekend, they’ll be on a short tour in support of their latest single Benevolence Riots. They’ll be releasing an album later this year, so get in while you can! 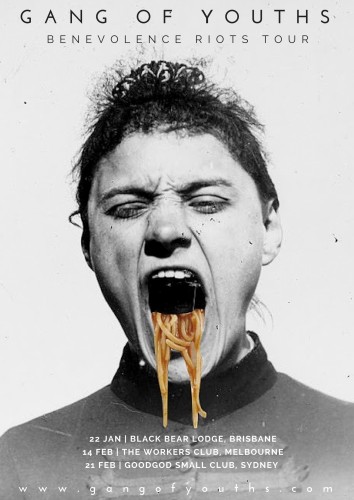 Everyone’s favourite new electronic collaboration, Carmada, are heading out on tour in support of their recently released debut EP Realise. The brainchild of producers Yahtzel and L D R U, their mammoth hit single Maybe took us by storm last year, earning them heavy radio rotation and the 41st spot in the Hottest 100. Having already signed to Skrillex‘s imprint OWSLA, it’s clear that 2015 is going to be epic for them. As well as their own tour they’ll be appearing at Groovin’ the Moo and Mountain Sounds Festival, so you’ve got a tonne of chances to catch the boys in action! 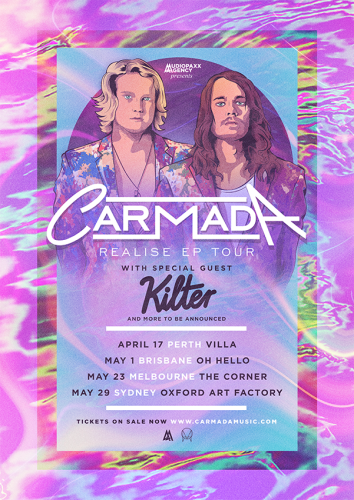