In one of the more unlikely pairings of this year, Perth beatmaker Ta-Ku has teamed up with none other than Jaden Smith… 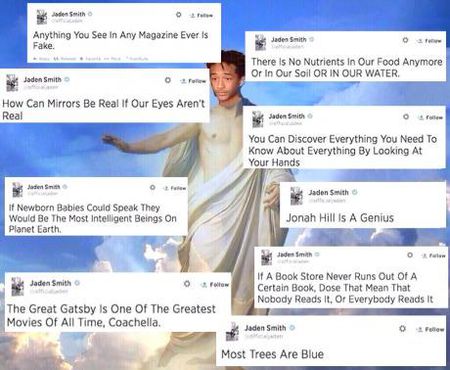 However, the product of this collaboration is actually really quite good. I’m not sure why I’m surprised, but it is still a little strange. Titled Beast Mode, Smith (who released an EP titled This Is The Album) revealed the project on Twitter saying he had made the songs when he was 15, as if it was a really long time ago.
It was last year.
You’re only 16, Jaden.

As always, Ta-Ku’s production is flawless. Dilla-esque, complex and immaculately layered, his work provides the perfect soundtrack to Smith’s intense rhymes. The three tracks can be streamed below from Ta-Ku’s Soundcloud, condensed into one 8 minute link.

Unlikely? Yes. Surprising? Definitely. However, it’s fresh as hell and will definitely be the soundtrack for my day! Hear it for yourself: