We had an awesome time at Laneway on the weekend – we were lucky enough to check out both Brisbane and Sydney. As fun as the festival was, there’s a few important tips and tools for having a good day, so we’ve put together a step by step survival guide. Bring on Laneway 2016!

1. Get there early
I don’t go out partying very much these days, instead spending many an evening on my couch with a movie and a bottle of wine. While this may leave me with a reputation as a big dork, the benefit was that I was up bright and early on Sunday morning, ready to get to Laneway for the first acts on the bill. Walking in, I got to catch the wonderful early acts of Peter Bibby and Connan Mockasin, both of which gave electrifying sets in spite of the relatively small crowds. It was great seeing Connan, who I last saw opening for Radiohead back in 2012 – their set was funny, weird and beautiful, complete with incredible guitar solos, their guitarist stripping down, and a cameo from Kirin J Callinan, who helped them end on a bang, lifting Connan on his shoulders and holding up the microphone for him to play guitar and sing from on high.
The other benefit of arriving early was that I had space to walk around without wading through crowds. I got my bearings and figured out where all the stages/bars/toilets/food trucks etc were before the sweaty masses descended. This was really useful considering that I have literally no sense of direction at the best of times. 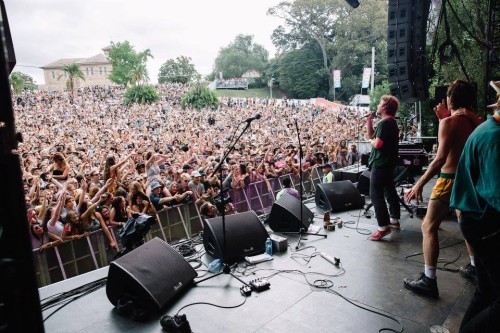 2. Plan in advance
Another sign of my secret life as a nanna? Perhaps. But with a lineup so stellar, and only 11 hours to see it all, you need to plan your main choices in advance. I’ll admit being pretty upset by some of the clashes – whoever decided to put Flying Lotus and Jon Hopkins on at the same time is clearly a Sadistic Hell Demon, for instance.
Ask yourself:
– Who have I seen before/will likely tour again soon?
– Do I have tickets to their sideshow?
– Who is going to blow up in six months and I’ll seriously regret missing out now?
– Can I just see half their set and leave to catch the last half of another?

With a little planning and a lot of gut-wrenching decision-making, you can get the most out of your Laneway day. Other planning tips include: bring sunscreen, bring a water bottle (free refills ftw) if you wanna see your friends you basically need to walk in with them, bring cash (although the bars did have PayPass this year, which was AMAZING!) and make sure your phone is charged up the wazoo.

3. Don’t be ‘that’ guy
I was actually surprised by how great the crowd were throughout the day. For the first time I can remember, I was not privy to ‘roided-up dickheads who were #ShreddingForLaneway, large clans of drunk bogan dickheads, or even those dickheads who still think it’s cool to wear feathered headdresses. Sure, I get annoyed by those girls who wear heels, full makeup and gold stick-on tatts to festivals (heels at a festival, seriously?????) but that’s just me. Nobody caused any trouble.
I did however catch a few entertainingly intoxicated folk. One unlucky lady had her head in her hands and security guards checking if they needed a medic at about 12:45 pm, oops. Another jovial festivalgoer with very large pupils asked me for advice about whether she should see POND or Jungle. I recommended she see Jungle as they’re international and perhaps less likely to tour again soon, to which she replied, “Huh? No they’re not, they’re the same guys from Tame Impala, defo not Australian!” Finally, an older drunk man came and sat with my group, repeatedly apologising for being “just another drunk dickhead,” sporting a fashionable single sleeve of a denim jacket (jacket not attached) and complimenting us on our dancing. (we were sitting.)
All in all, the crowd were great – even those who were having a little too much fun. I can only wonder what it would’ve been like if the festival were on a Saturday, not Sunday?

4. Take in the amazing music!
My two favourite acts of the day were, without doubt, Raury and Royal Blood.
An 18-year-old amalgamation of Andre 3000, Michael Jackson and Jimi Hendrix, I can’t put into words how blown away I was by Raury’s Laneway show. I knew it would be good, but this was something else. I’ve been slightly obsessing over him since we had a chat late last year, and for good reason. His talent, charisma and stage presence filled his powerful set with genuine emotion and energy. His diverse range of genres dazzled and bewitched the whole audience, and all I heard from people leaving was, “Holy shit! Who is this guy!?”

Royal Blood are an incredible rock band, and they put on an immense live show. From their blistering power chords to their stage antics – running around, crowd interactions, standing up to beat the shit out of the drums – this was non-stop heavy shit. That it’s only two guys making that much noise is astounding.
I abandoned my crew for this one, who were standing up the back finishing lunch. I needed to jump around and I left that mosh a sweaty pile of hair, steam and spilled premixed Smirnoff. The mosh was actually pretty amazing – I was surrounded by more girls than guys, all thrashing about and even crowd-surfing. It’s the least threatened I’d felt in a mosh in a long time, which was unexpected but a brilliant surprise, as it really let me enjoy the absolute thunderstorm that rained down from the stage. I really, really hope they come back again soon. 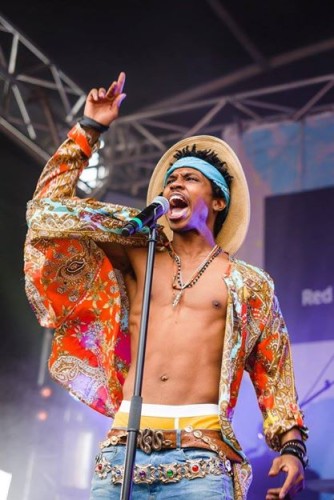 5. It’s OKAY if you don’t see a full set/don’t see anything at all.
It’s a sacrifice you need to make, especially at Laneway. I saw half of Courtney Barnett and half of Ratking, and bits and pieces of other acts throughout. When there’s so much to see, it can be hard to commit.
Similarly, it’s okay if you can’t see anything at all up ahead – with the addition of large screens around each stage, life became a whole lot easier. This was particularly important for Caribou, as the stampede of revellers made it difficult to stand on your own two feet, let alone along see the stage, and FKA Twigs, whose hypnotic, spidery dance moves, complete with a sexy bondage-inspired one-piece absolutely stole the show. You don’t see such a fluid performance like that often – especially not at an indie festival – and it was beautiful in every way.

I really regret missing a couple acts on the day – St Vincent in particular, Vic Mensa and Future Islands. I’m not a huge fan of their sound, but I’ve been told that they put on the most phenomenal live show and I’ve missed it twice now. But it’s alright, I’ve accepted the loss.It’s a simple fact of Laneway Life that it’s not the easiest day. It’s not without its faults. The Garden Stage had noticeably poor sound and pushing your way through densely packed crowds at the smaller stages is frustrating and difficult (I for one would wholeheartedly support moving to a bigger venue – and spread over two days.) But the music is outstanding, the crowd were excellent, and they’ve got their amenities down. I didn’t wait more than a couple minutes for food, drinks or a toilet all day, and they had free shuttles into the city to safely relocate the masses. Complete with a mouth-watering range of food trucks and unique eating options, ample areas to sit and relax and small bars everywhere a day filled with so many amazing sets, from some of the world’s best artists, is more than worth the struggle. 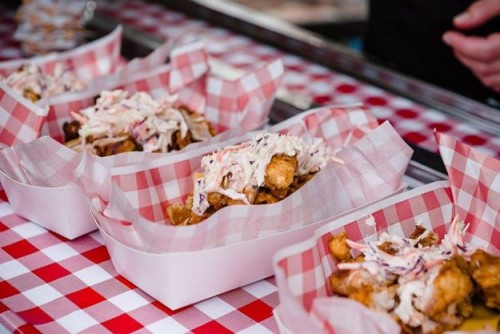