As a country, we have one of the greatest music scenes in the world. Not only is our music industry blooming on an international level, but our festivals are increasing, attendee numbers are growing, and their stellar reputation is spreading like wildfire.

By now we’re all aware that the main dangers of festivals include the use (and overuse) of drugs and alcohol. As we most recently saw from a death at A State of Trance, there’s no denying that bad drugs – and bad policing – are a growing problem. The police and the media pounce on it to no extent. The frenzy about alcohol and drug-related arrests, hospital visits, fights and fatalities is never-ending.

But there’s another issue that’s equally important, but is often sidelined, often entirely omitted from the spotlight in festival coverage. Reports of sexual assaults at festivals and concerts are on the rise each year, at an alarming rate. it’s time to start a conversation, and it’s time to start that now.

In February, an unidentified man reportedly ejaculated onto the back of a 20-year-old girl in a mosh pit at Melbourne’s St Kilda Festival.

At first I didn’t think it was a real headline, but as I continued to read, the horror set in – it’s a real story. 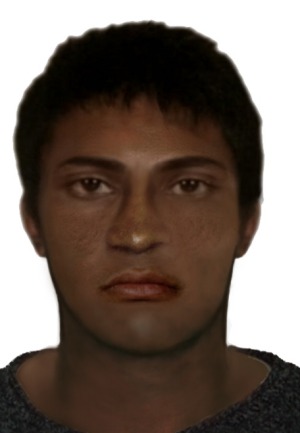 A computer-generated image of the man in question

It’s not an isolated issue. Not by a long shot. January saw a 15 year old girl indecently assaulted at a YG & TY Dolla Sign concert in Sydney, leading to the arrest of a 24-year-old man. At Rainbow Serpent Festival, a 35-year-old man allegedly went into a woman’s tent and assaulted her, he’s now been arrested too. A 23-year-old woman was assaulted at Oz Rock Music Festival in WA last year. The list goes on – and that’s before we even talk about nightclubs. Do a quick Google search and you’ll see how many more cases there are. The scariest part is that this is only a handful of cases in total – it’s widely understood that a majority of sexual assaults are never reported to police or another official.

The media are reporting on these events. But they aren’t connecting the dots.

Every time there’s a new drug-related offence/injury/death, it’s tacked on to a growing pile. The bigger it gets, the more warnings we see, the more stringent the security, the more prevalent the police are, the earlier we’re kicked out of clubs.

And yet, when we hear about sexual assault, very little comes of it. Added security? Nope. New warnings and information posters? Nope. New studies and statistical reports leading to updated preventative strategies? Nope.

The situation feels scarily similar to that in our wider community: the local government has cracked down on our nightlife, implementing lockout laws in King’s Cross and the city in an attempt to prevent alcohol-related violence. Having put so much effort into quashing violence in pubs and clubs, it can be easy to forget that rates of domestic violence (which can also be alcohol-related, but not exclusively) are not only astronomically higher, but are on the rise.

It shouldn’t be the responsibility of us women to work hard to not be a victim. We shouldn’t have to dress or behave in a certain way to avoid sexual assault, or avoid crowds, or never walk around alone, or treat everyone around us like a potential attacker.

In the same way that police, government and the media hone in on the dangers of drugs and alcohol, they should talk about sexual assault. It’s not okay to sell someone tainted drugs, and it sure as hell isn’t okay to assault someone – sexually or otherwise. Just because we can’t ‘detect’ it in the same way that you can find drugs on a person doesn’t mean we can’t do anything to prevent it.

Sexual assault at music events is a massive problem. It’s disturbing that media aren’t talking about it enough or that police aren’t doing anything else to regulate it. That needs to change now. 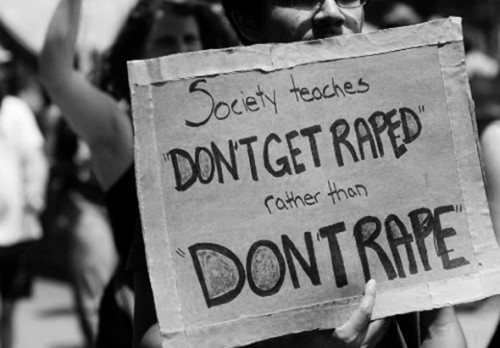