True to form, the 2015 edition of St. Jerome’s Laneway Festival featured an enticing blend of established stars and nascent talent. This year, Laneway was the Usain Bolt of festivals: relatively slow to start, but unparalleled once in full flight. I slipped and slopped (but didn’t slap – I’m not a hat person) and spent the day at Brisbane’s RNA Showgrounds.

Sydney’s Mansionair kicked off proceedings for me. Some may disagree, but in covering Future Islands‘ Seasons (Waiting on You) they took an extraordinary song and made it decidedly ordinary. The rest of their set was similarly mediocre.

At just 18 years of age, Atlanta, Georgia, local Raury was a whirlwind of flair and enthusiasm, displaying how equally adept he is at both singing and rapping. Brisbane’s own Vancouver Sleep Clinic made a guest appearance early in the set.

It might have been the sweltering heat inside the Red Bull Music Academy marquee, but Vienna-based electronic musician SOHN was less impressive than I had expected. Despite braving the heat in his trademark black cloak (‘You’re a sorcerer, SOHN!’ yelled one insightful punter), the set felt overly dreary. The mood improved for Artifice and The Wheel, but these upbeat moments were too few.

Andy Bull vastly improved the cover situation with his outstanding take on the Tears for Fears classic Everybody Wants to Rule the World, a Like a Version from 2011. Baby I Am Nobody Now, Talk Too Much and Keep On Running were further, predictable highlights from a polished set. 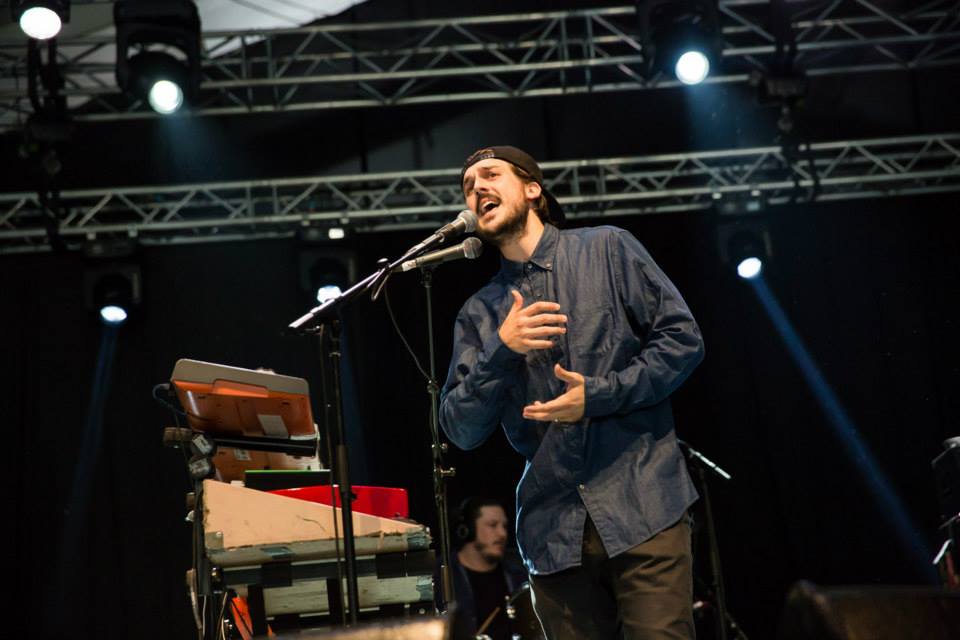 Less polished was the set of Vic Mensa, who appeared to know about a third of his own lyrics. Wimme Nah was a blistering start for the young rapper out of Chicago, but the set rather declined in quality and into monotony from there. Down on My Luck was barely worth the wait.

The quality of Seekae‘s 2014 album, The Worry, is such that few bands could have persuaded me to miss their set. As fate would have it, however, Royal Blood are one such band. And I was not disappointed; from start to finish, the Brighton duo were magnificent. As the rain fell, the frenzied crowd roared for Little Monster, Figure It Out and just about every noise Royal Blood made. Out of the Black was extended into an epic seven minute finale to top off their scorching set.

Another horrific clash occurred about an hour later, this time between Perth psych-rockers Pond and everybody’s favourite Canadian stoner, Mac DeMarco. I opted to see the latter, which proved to be a thoroughly odd experience. Announced by his mother, Agnes DeMarco, Mac took the stage dressed in overalls and one of those sun-safe hats small children wear to the beach. 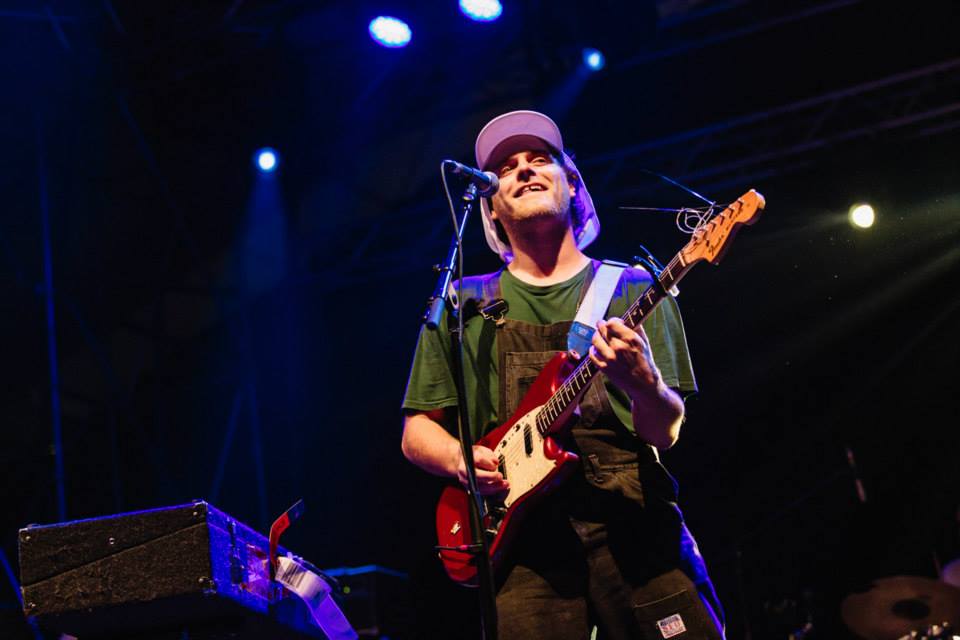 ‘WHASSUUUP!’ he screamed, a cigarette balanced between his lips. ‘This is Pierce, this is Andy, and behind me is Joe. We’re going to play some songs for you. God bless.’ Between opener Salad Days and an extended (and extended and extended) finale of Still Together (a love song, Mac informed us), a bottle of champagne was opened, twelve different accents were attempted and numerous inaudible jokes were cracked. One happy-go-lucky punter even tried to dack me, which was interesting. Chamber of Reflection and Cooking Up Something Good were two of many highlights from the set, but I was surprised to see both Passing Out Pieces and Freaking Out the Neighbourhood go unplayed.

Next up on the agenda was Baltimore, Maryland, four-piece Future Islands. Frontman Samuel Herring displayed his outrageous dance moves at Splendour in the Grass last year, so I was prepared for the energetic, hip-swivelling set that ensued. What amuses me most about Future Islands is the contrast between Herring’s inimitable passion and his bandmates’ deadpan expressions. Seasons (Waiting on You) was a predictable crowd-pleaser, but spectacular nonetheless.

I departed slightly early from Future Islands, brilliant as they were, so as not to miss the start of Jungle‘s set. The soulful London outfit’s self-titled debut was one of my favourite albums of 2014, and their live show (another highlight of Splendour 2014) is equally as impressive. Moving seamlessly between the march of Platoon, the soaring funk of Julia and the velvety allure of The Heat, core members Josh Lloyd-Watson and Tom McFarland again displayed their aptitude for multiple instruments. The intensity of Jungle’s set built and built until the booming brass of Busy Earnin’  had the crowd in raptures. A final crescendo of Time was the perfect end to another glorious appearance.

Caribou was mesmerising. He would let the crowd drift away to one of his signature pulsing, ambient tracks, before awakening us with a snap of his fingers – or, more accurately, the anthemic Can’t Do Without You and the striking Odessa. There are simply no words that can convey the marvel of his spellbinding set.

Capping off the night was Sydney duo Flight Facilities, who had an enormous year in 2014 with the release of their long-awaited debut album, Down to Earth. The first track on the album is an announcement by a rather laissez-faire airline pilot, thanking listeners for choosing to fly with Flight Facilities. Unsurprisingly, the same opener was used for their live show, and it set the mood for an effervescent selection of tracks, which included singles Two Bodies and Sunshine, older material such as the gorgeous Clair De Lune, and a welcome cover of Major Lazer‘s Get Free. Also well-received was the return of Vic Mensa, who appeared for a far more proficient and spirited reprise of Down on My Luck.

Until next year, Laneway.