When you think of the San Francisco Bay Area, Oakland does not normally first spring to mind. Often overshadowed by its ritzier cousin to the west, Oakland is more famed for one of the highest per capita murder rates in the United States than its burgeoning music scene. However, Oakland was the unlikely setting for the last leg of London Grammar‘s North American tour.

The theatre (or theater as the Americans would have it) is a beautifully refurbished, decadent 2,800 seat concert hall that would put the Hayden Orpheum to shame. Originally opened in 1928, it featured all of the resplendent glamour of the roaring twenties.

In contrast to the dilapidated (and slightly menacing) neighbourhood in which it was situated, the theatre stood out as a beacon of by-gone glamour. Inside, there was a generously-spaced mosh pit underneath the seating tier, and two golden buddhas flagging each side of the stage.

Opening up for London Grammar was British band Until The Ribbon Breaks. I’d never heard of this band before, but was taken aback at how good they were. Their sound was kind of like if Odesza had teamed up with Bastille going through an existential crisis, with a little a little Hermitude thrown in the mix. The electric blend of instruments, like the sitar and the flute, interspaced with disembodied voice samples made for a unique and fresh sound. A collaboration with Run The Jewels on Revolution Indifference threw some unexpected hip hop in the mix as well. I have a feeling these guys are gonna be big this year if they continue along this path.

After the stage crew took their sweet old time setting up for London Grammar, they finally made their appearance to an eager crowd. Dominic ‘Dot’ Major and guitarist Dan Rothman set the scene with soulful keys, followed by frontwoman Hannah Reid who launched into a beautiful rendition of Hey Now to a besotted crowd. Everybody knew the lyrics to each of their songs, and swayed a hypnotic trance to Darling are you gonna leave me, Shyer and Wasting My Young Years. Reid’s vocals were enchanting and powerful, and she hit every note effortlessly during her hour long session of vocal gymnastics. 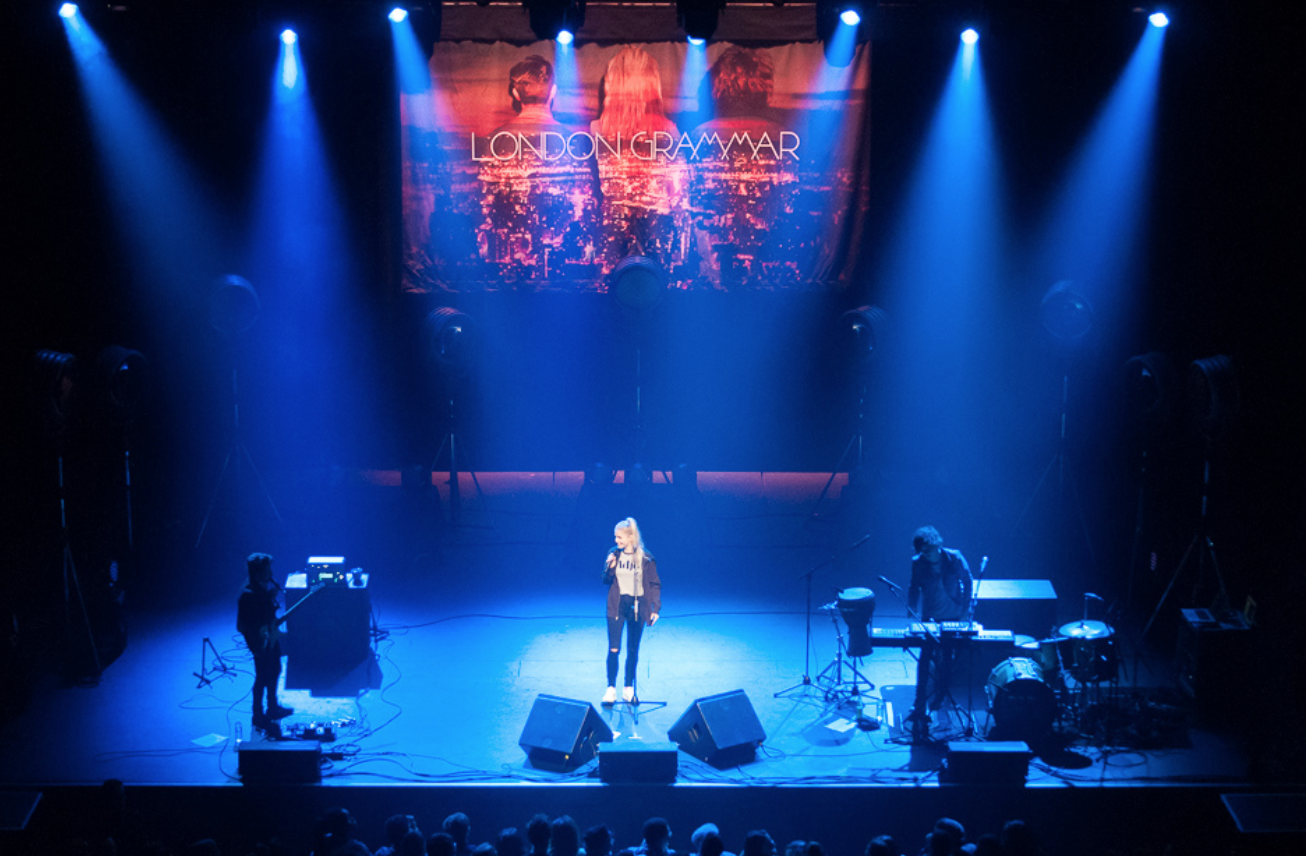 Her performance style is quite unusual, a refreshing trait of such an acclaimed band. She bopped up and down measurably, as if trying to maintain the perfect equilibrium of poise and showmanship. If reports about her stage fright are true, then her performance on stage must have been a nerve-wracking juggling act indeed. It certainly looked like it.

Like most of the streets of San Francisco, weed was smoked openly with no fear of reprisal. The sweet pungent aroma permeated the air, sailing up in thick plumes towards the ceiling and dancing sluggishly around the flickering lights in a haze. It was like a Tame Impala concert on steroids, but LG took it in good grace, saying “We know what that is guys! You can’t fool us!”.

The final pre-encore tracks were Nightcall and Strong, before they briefly departed the stage and returned to thunderous applause. Ending on If You Wait and finally Metal & Dust, overexcited revellers took it upon themselves to bestow a few gifts on the band: a plastic dragon ball for Major and a bunch of flowers for Reid. The accompanying note was inscribed with a punter’s number and an invitation to party ‘San Francisco Style’. “Also, the others can come too,” Reid read out to the crowd jovially, obviously in reference to the rest of the band.

Ending on that note, the band left the stage as quickly and quietly as they had come. Their humble demeanour is a nice contrast to their beautifully mournful music and the enormous talent of all of them. It may be the last tour on their North American bill, but we know (and hope) we will be seeing more music from this trio soon.