Vic Mensa reminds me of one particular character – Gavin Kavanagh. You will find Mr. Kavanagh in the 2009 film ‘The Boat that Rocked.’ The film centres on a charismatic group of radio hosts in the Arctic Ocean transmitting the banned and beautiful sound of Rock and Roll back to Britain. Gavin steps into the film dressed in a bright purple suit, purple hat, flowing long blonde hair and a leopard print scarf. He is an injection of raw talent into the veins of an already sparkling team aboard the boat.

The Laneway line-up is reminiscent of this pool of talent aboard the boat, and Vic Mensa is the Gavin Kavanagh set to blow everyone away, but perhaps not wearing a purple suit. On a sweltering Friday afternoon I sat down in my living room and nervously awaited a phone call.  The phone rings, and our conversation begins.

H&E: Hey Vic
VM: Yo Ben, what’s up?
H&E: Not much man. Your new track with Kaytranada dropped on Wednesday (note: its SAWEET for anyone who hasn’t heard it, find it below). The blue and pink artwork for that video is mad, where did that come from?
VM: I’m pretty sure it’s from a photo we took. The vibe is sick, it’s kind of like futuristic, neon colours, that’s my wave.
H&E: What’s it like working with Kaytranada?
VM: Kay is really dope, we’ve teamed up quite a few times now. We’ve also performed together, been in the studio together, all our times together have just been a good time.

Vic and Kaytranada are best known for Wimme Nah, which Kaytranada produced. There’s something about Vic’s voice that melds seamlessly to the backing tracks; if you haven’t checked out their partnership yet, you must.

H&E: Laneway is about to begin and its one of our best festivals. Is there anyone you’re particularly keen to see perform or chat to?
VM: Yeah Future Islands, and Little Dragon, they’re both really dope.

Vic is set to blow the roof off the remaining Laneway shows. Having smashed Brisbane and Sydney already, he will be at the Future Classic Stage, which feature other stellar acts like Seekae, Rustie and Jon Hopkins. Vic is also playing a sideshow at Oxford Art Factory on the 4th of Feb. Tickets here

H&E: I actually visited your hometown Chicago when I was really young and I noticed that street-art was massive. Are you into street-art?
VM: Yeah, I grew up writing graffiti, I write on shit still sometimes, still bunt tags here and there.
H&E: Do you have any favourite pieces around Chicago?
VM: There’s this one legendary crew called X-Men in Chicago, this crazy underground graffiti cave [The X-men Cave] on the other side of this bridge over the water, and that shit it crazy. It’s like pitch black, underground, it feels kinda like some apocalyptic shit. You have to climb around this huge fence and be really committed, but it’s tight though. 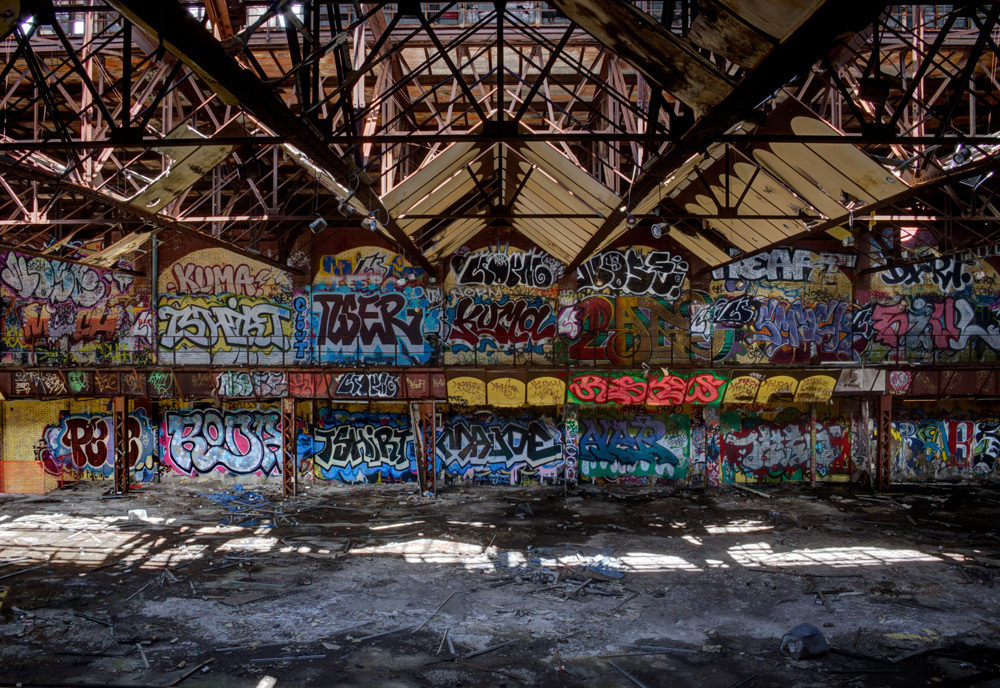 H&E: Do other artists influence your music much now, or do you think it was mostly before you started making music?
VM: Everything influences my music, the sounds of today and yesterday, any conversation I might have. It’s hard to say what’s influencing me because I’m kind of like a sponge, I take so much in.
H&E: So you feel like every time you write a song, something might come out.
VM: Yeah exactly. I’m on a way more electronic wave now, it’s way more electronic that it used to be. It’s more synthesisers and bass these days. I don’t really love live instruments like that right now, not for my own shit. I fuck with guitars and synthesisers.

H&E: The flight over is really long and I read  the other day that Rustie (also playing at Laneway) is really into making music on long flights. Would you ever sit down and write a song or do you just kind of do it when you feel like it?
VM: I sit down and write songs all the time, I like that too, and that’s usually what I do on a long flight.
H&E: That’s really interesting. Do you find it’s a good space because your alone and no one is going to bother you?
VM: Yeah it’s definitely a unique head-space.
H&E: Do you usually start with the lyrics or the beat?
VM: I always start with music.
H&E: When you have the music, do you already have an idea of what you’re going to write about or do you just kind of let it happen?
VM: I usually just vibe with it and see what happens.

H&E: Are there any experimental genres that you want to delve into pretty soon?
VM: People don’t know about the sounds that I have right now, that are about to come out. There’s a lot of rock and roll style and different stuff. That’s something that people haven’t really heard, but it’s coming though.
H&E: I’m very excited for it. Is there anything experimental in Australia that you want to do?
VM: I went to a koala park today! Haha, kicked it with some kangaroos. I want to jet ski again, I was jet ski’ing in New Zealand and that was dope as fuck. 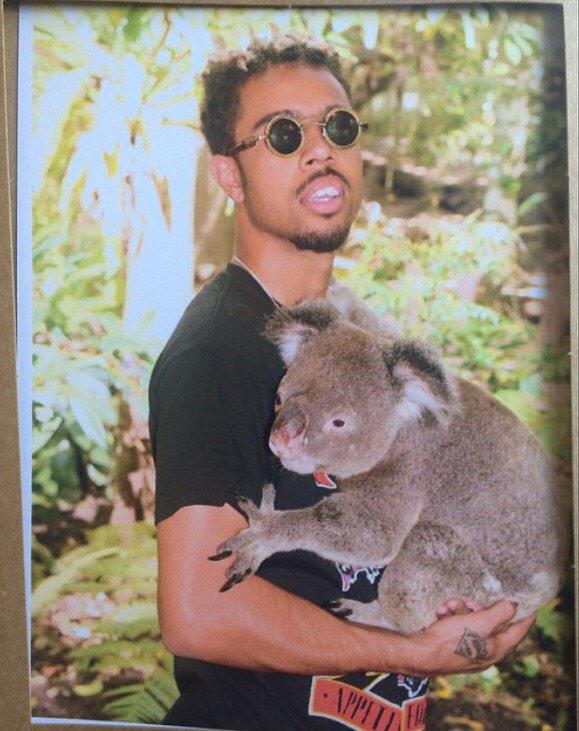 Koala Love: Vic kicking it with a Koala

An integral part of Vic’s success is his ability to vibe with different genres. Vic isn’t constrained to one sound but tends to dabble with different styles and producers. Drive Me Crazy (released last week) is the first taster of what is to come from Vic’s new album. Alongside rock ‘n roll, we might see a couple other genres enter the mix – “Trap is really dope,” he says. “I can definitely see myself working in a trap song soon.”

H&E: A few crazy questions to finish, What’s the craziest thing you and Danny Brown did on tour last year?
VM: Not fit for work or print. Hahaha
H&E: Good answer. I read that at one gig you played at one girl pissed in the front row and another guy was robbed at gunpoint – Was that the craziest thing you’ve ever seen at one of your gigs?
VM: Haha the girl peed and that was like woah! I didn’t even remember that, you brought that back to my mind. And this other kid didn’t get robbed at gun point, somebody got robbed with like a sharp object. I don’t think it was a knife, it might have been a box-cutter, that shit blew my mind though, I was like what the fuck? What’s wrong with that dude? Why you coming to my show robbing people but at the same time I was also like, that’s kind of tight though!

Without doubt, Vic Mensa is one to watch. Catch him at the remaining Laneway Festival dates, and keep an eye out for new music later this year.