Flume has left What So Not, his collaborative project with Emoh Instead to pursue his solo career. With Flume’s solo career taking him to new heights, touring the whole world and (hopefully) working on his follow-up to 2012’s self-titled debut, it seems the days of What So Not as a duo are no more.

It’s a fair call, with Manly local Harley Streten explaining that the pair have been moving in different directions creatively for a while now. He thanked his partner, Emoh, for taking the reins of What So Not – while they had ben producing together, Emoh has been the sole touring member of What So Not for more than a year now.

Fans have reacted divisively, of course.

Harley posted the news of his resignation from What So Not on their Facebook page: 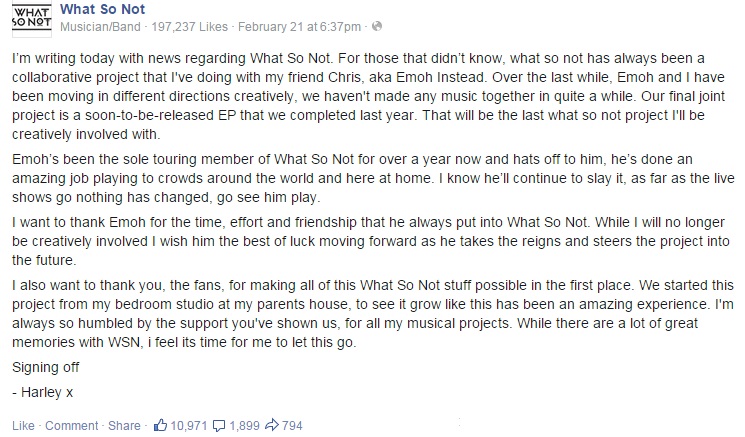 The boys are known for huge club bangers like Jaguar, Touched, and Tell Me. The boys will be releasing an EP soon, their final joint project as What So Not. And last goodbye as a team.