Just hours after the release of Elastic Heart, Sia was forced to acknowledge a media frenzy that the video clip, contained themes of paedophilia. She had to make a public apology, posting several times on twitter, “I anticipated some ‘pedophelia!!! Cries for this video. All I can say is Maddie and Shia are two of the only actors I felt could play these two warring ‘sia’ self states.” As well as, “I apologize to those who feel triggered by #ElasticHeart, my intention was to create some emotional content, not to upset anybody.”

Sia really shouldn’t have felt the need to defend herself. Because, as anyone who has actually seen the youtube video will be able to tell you, it ain’t paedophilic in the slightest.

The film portrays 28-year-old actor Shia LaBeouf and 12-year-old actor and dancer Maddie Ziegler (also the star of the video clip for Chandelier) in a cage. They are filthy, wearing skin coloured leotards, and when the song begins, so begins a sort of interpretive dance routine. 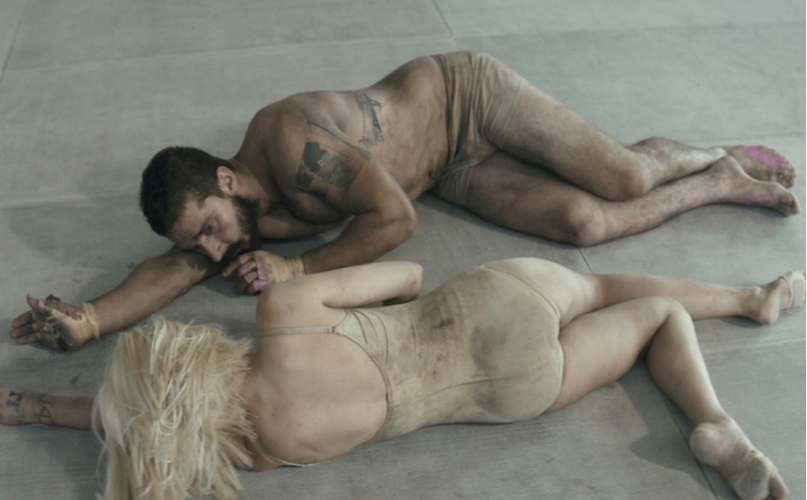 The relationship between the two characters is definitely intimate. The acting by both parties is impressively strong, and the dance routine is artfully composed. But not once did the warning bells go off that their connection could be anything sinister. If anything, Shia LaBeouf gives off this adorable cuddly feel, more like a loving big brother than anything else.

Critics pounced. Pulling the whole piece apart, they pinpointed specific shots, took the image entirely out of context and slammed Sia for alleged paedophilia. Because writing an article with Sia’s name in it sells papers, regardless of how inaccurate the actual content might be.

It’s not paedophilic. It’s just not. It involves a little girl and an older man, yes, but that is the one and only reason the argument was made. They do not engage in any kind of act that comes vaguely close to implying some kind of sexual nature to it. Anybody who identifies with that sentiment either didn’t actually watch the clip, or were looking specifically through their “let’s find a controversy to rake in some headlines” glasses.

It’s a shame, but entirely unsurprising that we live in a world where critics and journalists are so quick to rip an artist to pieces over something so obviously misinterpreted. Does anybody SERIOUSLY believe that SIA, an extremely well-established, award-winning and highly revered veteran of pop music would do something like that?

No, we didn’t think so. But hey, in spite of all the controversy, the song has catapulted to over 42 million views in under a week! Let’s be honest, she’s probably cheering.