The set times have finally been released for the 2015 Laneway Festival!

Laneway will be hosting an incredible line-up this year, including artists such as Flight Facilities, FKA Twigs, Vic Mensa, Flying Lotus, Seekae, Banks and heaps more. 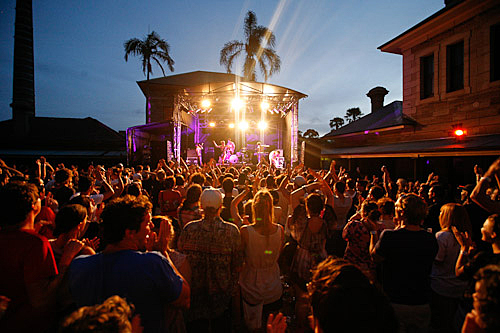 Of course there are always clashes, but the organisers have done a pretty good job this year of spreading the love. Interestingly, the set times vary quite significantly between major cities. This means Flight Facilities, Banks, St. Vincent, and Flying Lotus will all get the chance to play closing sets, depending on the city.

Maps have also been released, giving festival goers the chance to suss out which direction they will be sprinting between sets, as well as where to head for food and toilet facilities.

There will be an official Laneway Festival app, free on iOS and Android, which acts as a planner for the festival, as well as delivering artist and event information.

If you’re unlucky enough to be busy on the actual day of the festival, you don’t have to miss out! There are plenty of Laneway sideshows happening as well as some massive after-parties! (Check our definitive list of sideshows here.)

Check out the maps and set times here: