Only two days to go until our very first Jungle Jams! Head down to the Captain Cook Hotel in Paddington from 7 pm for food, drinks and some great local music. One of those bands is the very wonderful Colour Cage. They answered our questions and here are the answers!

PS we still have a few free tickets to give away to the event. Click here for more info! 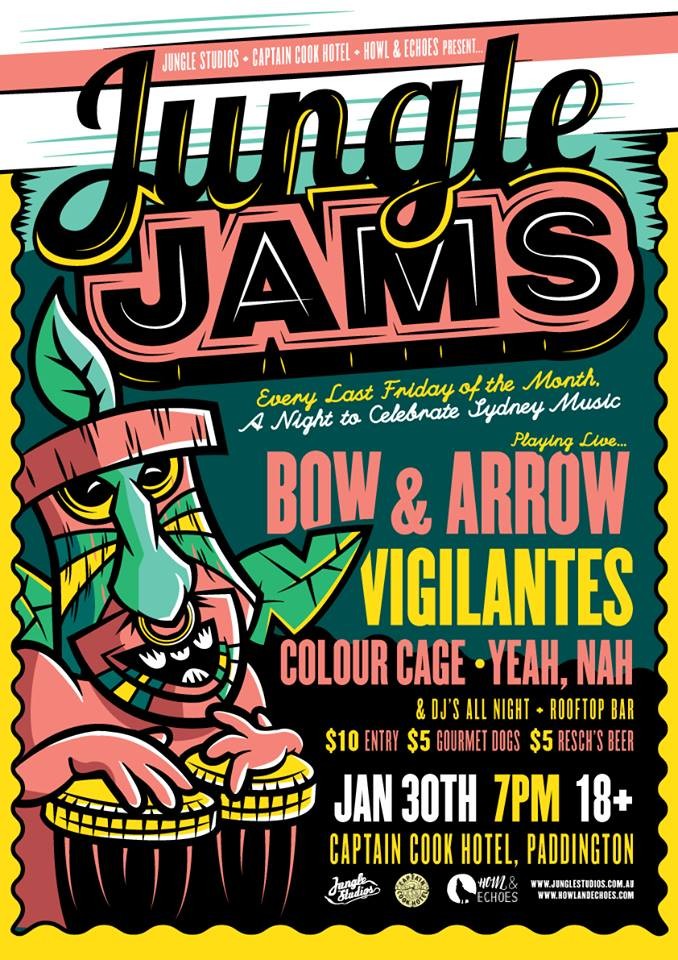