Without doubt, my favourite tiny little city club has to be Goodgod. Home to some fantastic gigs, with an ever-rowdy audience, reasonably priced drinks and a nightlife free from lock-outs, I’ve never had a bad time there.

As you know, it’s the long weekend. What’s more? It’s the Australia Day long weekend, meaning that it’s practically mandatory to party the fuck on. So what better way to celebrate than with some of Australia’s sickest hip hop at Goodgod?

Local MCs B Wise, Marky Vaw and someone ridiculously named Booby Baby aka b00bj0b will be leading the pack with some killer live sets, while the DJ duties will be taken care of by Joyride from hip hop collective One Day, both Levins and Captain Franco of monthly hip hop night Halfway Crooks and a few more special guests. 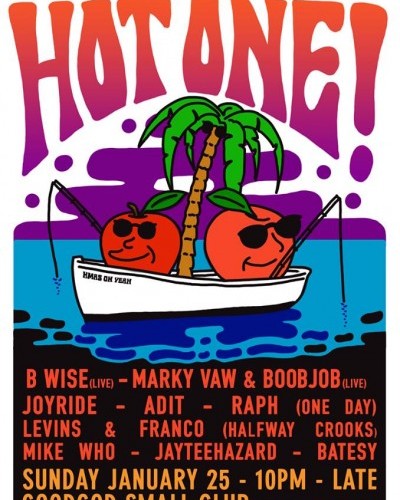