Dan Mangan and Blacksmith have come together to record and release Club Meds, Mangan’s first offering since his critically acclaimed 2011 album Oh Fortune. Since then he’s been on hiatus, concentrating on fatherhood, but the Canadian has now returned with an album entirely co-written with Blacksmith. An ensemble of Vancouver’s finest experimental musicians and long time collaborators, the album was also recorded and produced by Colin Stewart (Ladyhawke, Black Mountain.) After winning two JUNO Awards for his previous album, Mangan delivers once again with an artistically and lyrically diverse collection of songs.

Opening track Offred reeks of desperation. Not the bad kind, more of the sound of a preoccupied longing, backed by the soft strumming of guitar strings that conjure visions of sunsets over the water. Perhaps the song is making reference to the main protagonist Offred in Margaret Atwood’s 1985 dystopian novel The Handmaid’s Tale? Maybe I was too attentive during Year Eleven English, but the name Offred is too distinctive to be just sheer coincidence. Its broody undertones certainly suggest something reminiscent of the sci-fi thriller.

Lyrical passages like, ‘I go without, I do not have the faith, they changed my purpose, they changed my purpose’, could be alluding to how, in the novel, women were forcefully subjugated into becoming ‘handmaids’ (i.e. concubines who made babies), being stripped of their agency and having their ‘purpose’ changed. It’s still just a theory, of course, but if he’s incorporating literary metaphors into his music, he’s not only a brilliant lyricist, but a bona fide fiction enthusiast who is creative enough to effortlessly weave intricate and suspenseful symbolism into his music.

The next track that caught my eye was A Doll’s House/Pavlovia. A pavlovia, for all you would-be paleontologists, is an extinct genus of ammonite of the Late Jurassic period. In other words, it’s a fossil. What it is doing in a Dan Mangan song, I don’t know. But in conjunction with the song title, it seems to suggest relics of the past. The interplay of ephemeral, disembodied voices, guitars and Mangan’s heady singing works to paint the picture of days gone by. One can imagine the song being softly sung in the back of a wooden tavern somewhere in the seventies. 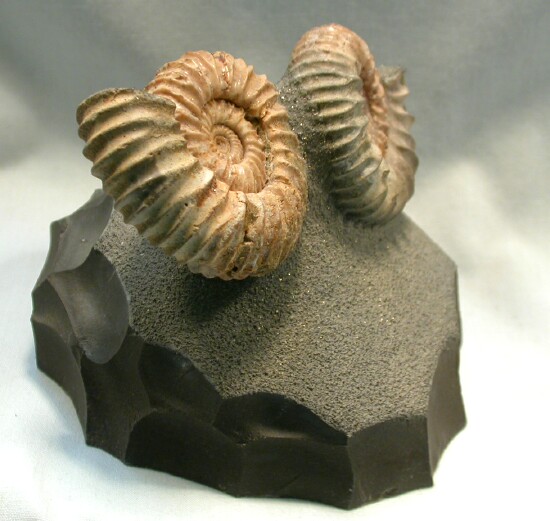 Fossils: The kind of stuff that inspires songs

Titular track Club Meds stands out too, beginning with an effusive keyboard rift, before Mangan chimes in with his characteristically rich and beguiling lyrics. The guitar in background waivers uncontrollably, a warble that finishes in off in a crescendo of instrumentals and vocals before fading off. It’s overwhelming barrage of instruments that gives this song a haunting atmosphere.

Mouthpiece is one of the more upbeat and energetic tracks on the album. The aggressive guitar opening seems to communicate a sort of dull rage, numbness if you will. Lead single Vessel, which was also featured in the 2014 Simon Pegg film ‘Hector and the Search for Happiness,’ delivers a high-energy experience, culminating in the refrain, ‘It takes a village to raise a fool’, featuring Foo Fighters frontman Dave Grohl somewhere among the harmony of voices. “Vessel is about feeling inundated with bullshit from every angle, all the time,” Mangan said of the song last year. “It’s our choice to listen. We’re also all culprit to it. It takes a village to raise a fool.”

Overall, the feel of the album is experimental and dynamic; it doesn’t know where it stands, and neither will you. Musically, it feels quite amorphous and transient; thematically, it’s a rich and diverse collection of songs organised into sweeping hazy arrangements and anthemic melodies. Lyrically, it’s insightful, profound, and above all, personal. It marks Mangan’s evolution from a solo act to a bandleader, showcasing the Canadian’s endless ability to entertain and beguile.