Over the last few years two things have grown increasingly apparent: that Australian music is making its mark on the world at large, and that the world’s big artists are paying attention to Australia. Now more than ever, we’re proudly sitting atop the world’s biggest festivals and arenas, and we’re up to speed with the rest of the world. The Coachella lineup announcement is only testament to that.

The lineup is, obviously, epic and brilliant. Headlined by Aussies AC/DC, Jack White and Drake, basically every single one of my personal current favourites are on this list: Odesza, Gesaffelstein, Run The Jewels, Alt-J, The Weeknd, Glass Animals and Royal Blood, to name a few.

First and foremost, I am so proud and impressed by the calibre of Australian artists on the bill: AC/DC, Tame Impala, Chet Faker, What So Not, Angus & Julia Stone, Kimbra, Alison Wonderland and Vance Joy lead the way, in an incredibly strong selection of Australia’s finest.

My second point is this: there’s almost no acts on this lineup that haven’t recently been to Aus, or aren’t about to play here. Sure, Coachella condenses it all into a pretty crazy few days, but the vast majority of the lineup have been, or will be gracing our shores within the past few months. Future Music will see headliner Drake alongside Kiesza and Gorgon City, Laneway is bringing over FlyLo, St Vincent, FKA Twigs, Caribou, Vic Mensa, Benjamin Booker, Mac DeMarco, Jungle and more. Falls just covered Run The Jewels, Vance Joy, Alt-J, Milky Chance, SBTRKT, Tycho, Todd Terje and Jamie xx. And there’s plenty more who have recently visited us/are about to visit us too… Ghostface Killah, War On Drugs, Bell & Sebastian, Kaytranada, Parquet Courts, Porter Robinson, George Ezra, Interpol…….

The point is, don’t get that FOMO, ‘cos you don’t need to. And really, there’s probably no point spending all that money on a flight and tickets and stuff to actually be there. Australia is on the map now. Everyone on this list will be here soon, if they haven’t already.

……..Or maybe I’m just trying to talk myself out of white hot jealous. Shhhh.

Side note, Steely Dan would be really cool. And Jack White better hurry the fuck up and get down to Aus now. 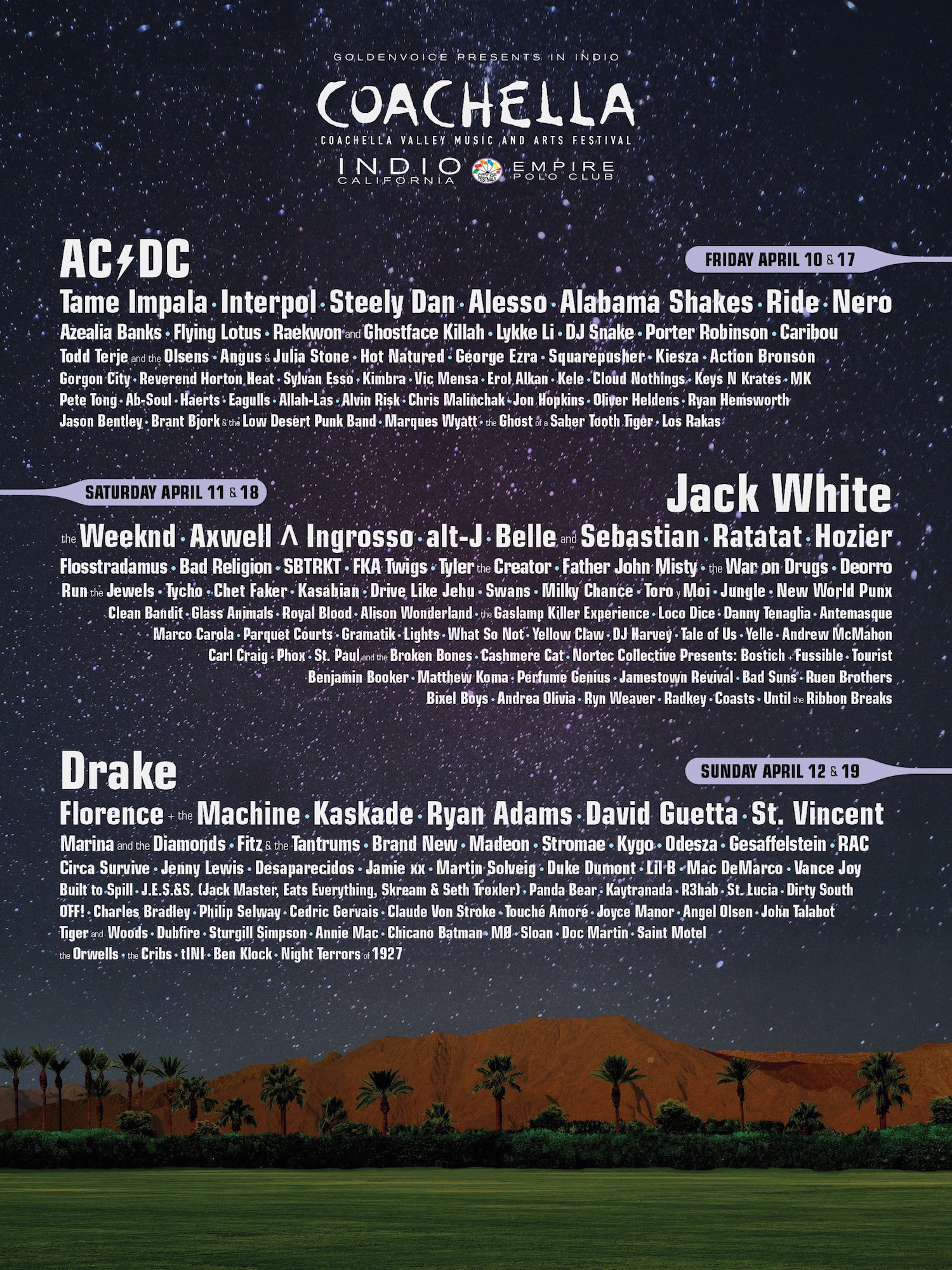