While the rest of us are struggling to get back into the depressing reality of work routine, Scottish synth-pop trio Chvrches have evidently jumped right back into it with the announcement they are working on their sophomore album, the follow-up to their acclaimed debut album The Bones of What You Believe in September 2013.

Before you get too eager, don’t expect it to be out anytime soon. Keyboardist Iain Cook previously told Classic Pop: “You often see bands with a successful debut who get cocky, so they hash out something sub-standard and nobody gives a shit again. So we’re not over-confident, but pressure can work against you too. We’re not going to put out anything we aren’t happy with. That could take four months, it could take two years.”

Right, well I guess that probably rules out using Splendour 2015 as a springboard for launching a new set of sparkly synth-laden tunes into the world. Speaking of gigs, once the new album is out, expect to see a mega-watt tour in the works – the trio previously managed a whopping 365 shows in two years. You can bet they’ll send some more love (partly in the form of Lauren Mayberry’s cherubic face and epic eyeliner) down under.

With any luck, the new album will include a rework of this glorious beast from the 90s. 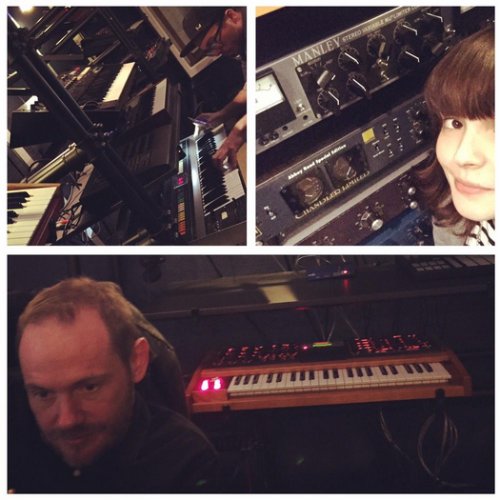 “Album two, day one in the studio”