We detailed last week about the Creed frontman’s latest descent into baffling lunacy, posting a video claiming he’s now homeless and under attack from the IRS, generally coming across as the kind of guy who believes in lizard people conspiracies. And we chuckled, because Scott Stapp has spent most of his life being terrible and obnoxious at just about everything, including being a public drunk (please, please click that) as well as trying to bottle his own wife and probably deserves this misfortune. Did I think that perhaps losing all his money and not having a house to live in would somehow endow him with some humility?

Not even for a second. After airing his many problems last week, Scott would now like all six of his fans to fork over $480 000 to fund his next solo album.

No, those extra 0’s aren’t a typo at all. That is 480 large ones he is asking for to murder your ears at no expense to himself. Here is a list of things I’d rather pay to hear than another Scott Stapp solo album:

And that isn’t even a complete list. There are not enough curse words in Elvish, Entish or the tongues of Men for how much everything that Scott Stapp has ever recorded, with Creed and by himself, sucks beyond belief. Drop D guitars haven’t been cool since 2001, Scott’s throaty, unnecessarily vowel-exaggerating voice is abysmal and his subtle religious undertones are lame as all fuck. Not a single person with a soul wants to hear a Scott Stapp album in 2014. Not one. 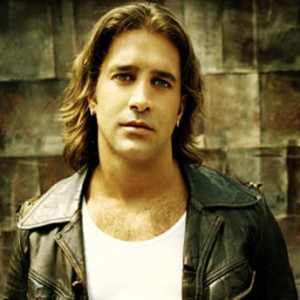 Would you please leave without a fuss? Right now?

And not even a week after admitting to being pretty much penniless, you’ll also have to excuse me for finding this plea for money fishier than the scrap bin at a seafood shop. His wife thinks the whole thing is so insane and drug-fuelled that she’s even asked for him to be committed for at least 60 days. Probably a sound call when the father of your child has done enough drugs to be hearing voices telling him that ISIS are going to murder his son.

I know being a fan of Scott Stapp or Creed in general means you’re probably a tone-deaf moron and also susceptible to making poor decisions, but I would hope nobody is sick enough to willingly contribute financially to this sorry state of affairs.

Stay tuned for more of the whacky antics of Scott Stapp.