Was the whole ‘breaking up’ thing just a gimmick? Was their plan to shock and upset us all, and then continue writing new music anyway? Or have they just released the stuff they recorded prior to breaking up, infamously, by writing a farewell letter on a napkin and posting it to social media?

In true Death Grips style, the track is a brutal sensory attack, equal parts sonically violent and ridiculously enjoyable – that might just be me and my endless love for the extremely weird rap duo, though.

At just over six minutes and intense from start to end, this isn’t exactly for everyone. Filled with wailing synths, heavy drums and the odd creepy sample here and there, it’s going to freak a lot of people out, probably. But that’s nothing new for DG.

I really, really, really love Death Grips a lot. They’re fucking insane and that makes them that much better. They’re heavy and angry, and they’re probably the only rap group ever offered to open for Nine Inch Nails and Soundgarden. Of course those shows never happened, but they were meant to!

I don’t know when Jenny Death, the second part of The Powers That B will come out. Hopefully it’ll be soon.

Oh, and here’s their break-up note from July: 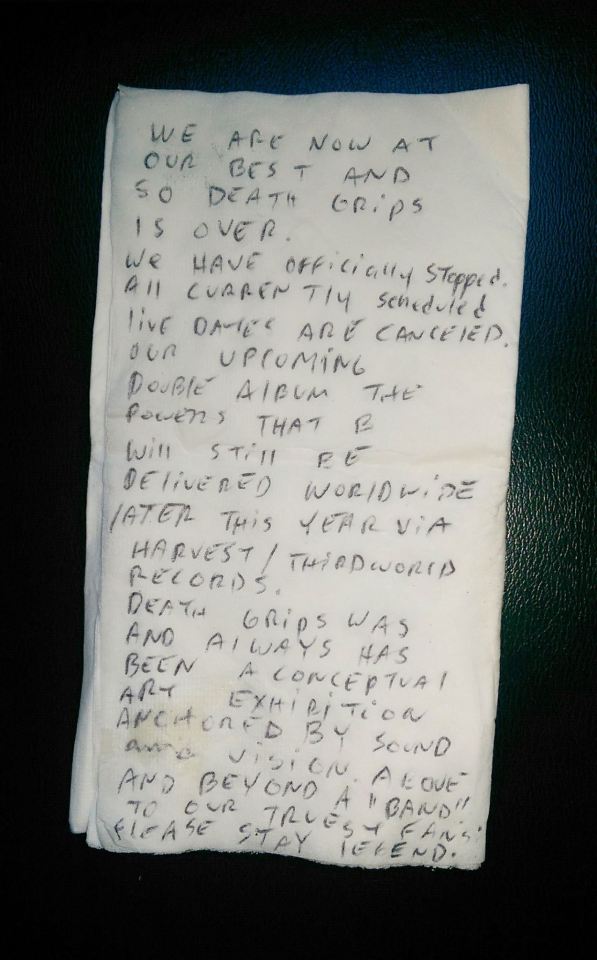