Welcome to the second installation of our investigative report, “Snoop Dogg: What the Actual Fuck?” (read the first part ‘ere)

After enjoying (varying degrees of) critical and commercial success in the music industry as a gangsta, a pimp, a rastafarian and, recently, a funked up Snoopzilla (which, admittedly, is pretty awesome), he’s decided to transform into a completely different kind of animal. Business Snoop. Corporate Snoop. Investor in Start-Ups Snoop.

It goes way beyond entrepreneur. We already showed you this photo in Part One, but here it is again because it’s so unintentionally hilarious: 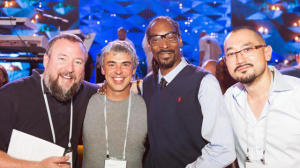 He looks like he reads ‘Dilbert’ comics. And laughs at them.

He’s quite new to the whole venture capitalist thing, but he’s already made investments in around 15 different companies. He’s putting together a pretty promising portfolio, with things like Reddit, stock trading app ‘Robinhood’ and something called ‘PhilzCoffee’.

Don’t let the sweater vest and all this boring stock market talk fool you though. Snoop Dogg is still a creative genius and a carefree artist at heart. Specifically, a painter: 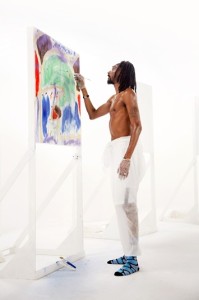 One of these recently sold for around $10 000. In related news, I’ve lost the will to live.

Snoop’s been known for his weird and wonderful merchandise for a while now, so let’s take a look at some of the highlights. Excellent choices indeed, these are Snoop Dogg-branded products that address supply and demand across a number of key market demographics while maintaining a binding connection to the Snoop Dogg image. From the Snoop Dogg vape pen and weed, um, tray (?) combo: 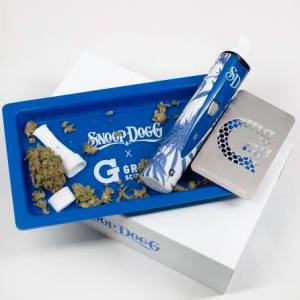 To the ‘Rolling Words’ smokable songbook, a book of Snoop Dogg’s lyrics that you can conveniently rip pages out of for your gruff rolling needs: 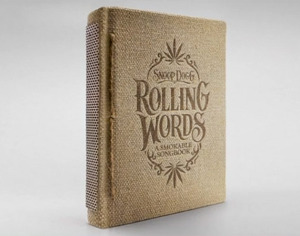 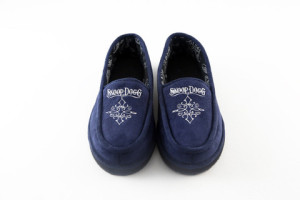 Ok… And here we have Snoop Dogg’s luxurious bag range, for the traveller who wants everyone to know that they have impeccable taste in music and may also be concealing chronic on their person: 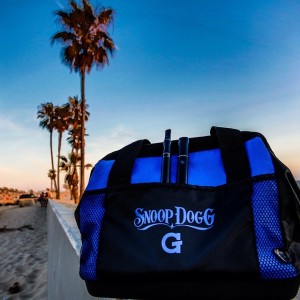 I mean, this is really starting to push it here. Is there really any reason for people to associate the name Snoop Dogg with travel bags? And another thing- oh, come on! 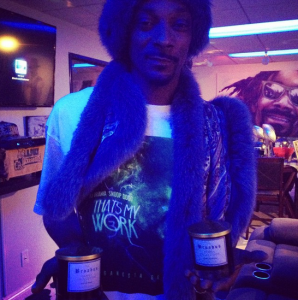 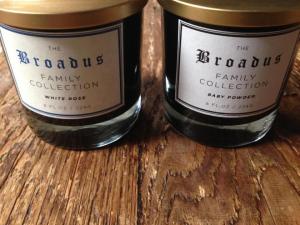 One of his many Facebook posts about these included the caption “Luv tha smell of baby powder in tha morning!”

The question; it begs: is he a marketing genius? Does plonking his gangsta image upon literally anything at all in the world make it successful?

Or is he certifiably insane?

Okay, the sentiment behind ‘White Guy Todd’ was pretty hilarious, but did you actually see it? He thought ‘turtle neck and David Spade wig’ was part of the hegemonic white male discourse. And it was filmed in the creepiest lighting from a terrible angle and he had this strange look in his eye the entire time. He’s also been embroiled in possibly the lamest Twitter feud since the phrase ‘Twitter feud’ became a thing with Iggy Azalea and somehow losing. To top it all off, if you weren’t 100 per cent certain of the state of Snoop Dogg’s sanity, just take a look at this. 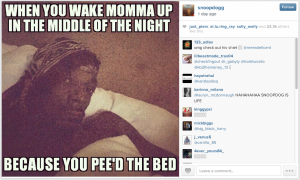 That is a meme. An honest-to-goodness meme that Snoop Dogg made himself and posted to Instagram. In fact, look NO further than Snoop’s entire Instagram for proof of his insanity. Seriously. Follow him for even 24 hours. It is a venture into the cavernous recesses of his mind, where a sentient little nugget of Cali Kush rocks backwards and forwards, howling.

To summarise: Snoop Dogg went from being a gangsta rapper with unfathomable levels of cool to a savant-level venture capitalist purveyor of weirdly terrible social media humour. And it only took 21 years.

Snoop has given me years of fantastic music to listen to (I will run Doggystyle in my car stereo for the rest of time) and he is still capable of coming up with the goods; the Coachella ’12 set ft. him and Dre gives me goosebumps to this day. He’s also reportedly planning his final album under the Dogg moniker and, despite all of the aforementioned evidence to the contrary, I have high hopes that it can be a fitting farewell. Despite the scathing nature of this retrospective, I’ve still got mad love for S.N.Double-O.P. D.O.Double-G. It’s just been more than a little hard to accept that one of my idols is now the George Foreman of the rap game.

Stay tuned to Howl And Echoes for more of Snoop’s wacky antics.