In case you missed it earlier this week, a gaggle of dreadful British musicians got together and recorded a cover of Band Aid’s 1984 charity uh… hit, Do They Know It’s Christmas, changing the lyrics up to reflect the current Ebola crisis that’s gripping the world.

It’s as terrible as you could possibly expect.

I don’t want to imagine Sir Bob Geldof rubbing his hands together with glee at the timing of the Ebola outbreak somehow perfectly coinciding with the 30th anniversary of the original Band Aid, but I bet that son of a bitch absolutely did. Sting must have been busy but all the usual suspects were there: soulless ginger Ed Sheeran, Seal slithering in for a look, the five merry twats from One Direction, professional boring person Chris Martin. And, of course, of fucking course Bono was all up in there. 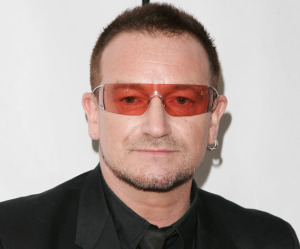 To celebrate these and a rabble of countless other piss poor musicians and celebrities banding together to exploit yet another real tragedy and pretend they’re helping anything besides their own public image, we take a look at some other cover songs that were the polar opposite of necessary.

Ugh. Ever meet a fan of A Perfect Circle that seemed like they’d be fun to hang out with? Me neither. They are a ball of misery, drop D and absolute suck. Anyone who honestly enjoyed their shithouse, sad metal cover of John Lennon’s transcendent ode to world peace needs to be fired out of a cannon directly into a brick wall.

Perry Farrell is batshit. I assume the voices who scream at him from the inner recesses of his mind must have suggested that a bastardised drum and bass cover of Zeppelin’s classic could be anything but really fucking gross. An unholy affront to the ears, this should have earned him a jail term.

And just when you thought we were done with that dicknose, Bono. John Fogerty sang the original Fortunate Son with all the fury and conviction of an American working class beyond pissed with the senseless Vietnam War. Bono sings U2’s version as though he’s just discovered a shit in his lunchbox. 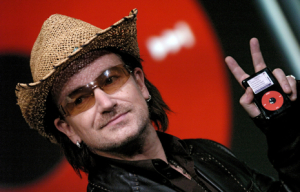 It was me, Bono. I did it because you pull nonsense like this

An absolute bag of dicks. Gelatinous nu metal toad Fred Durst gazing shirtlessly into the camera over he and his band’s complete skidmark of an arrangement of The Who’s original was one of the lowest points of the early 20th century. Hard to believe Halle Berry lent her name to something worse than Catwoman, but here we are. The abject horror in her eyes as she is (probably contractually) forced to come within more than ten feet of Fred Durst and his dead eyes and rude head is tangible.

6: Mötley Crüe – Anarchy In The UK

By the 90s, Mötley Crüe were a bunch of uncool, bloated douchebags left high and dry after the demise of hair metal. With Vince Neil’s eye-clawingly nasal voice attempting an English accent that makes Keanu Reeves in Dracula (please click that) sound like Winston Churchill, their version of the Sex Pistols’ snarling anthem encouraging the destruction of late 70s class-divided Britain had less credibility than OJ Simpson. Truly nauseating.

Sweet fuck on a crust, this is just sad. Why a group of some of the lamest, whitest English dudes felt enough of a connection to angry, politically-charged New York City rap group Public Enemy to take a musical butcher knife to a song of theirs that isn’t even that well known is beyond baffling. Simon Le Bon comes off like a 16-year-old prat causing a scene and flows with all the aplomb of a leaking toilet. If your ears have ever wronged you, take it out on them with this.

Few things are more inherently annoying than this: a tacky, privileged, white 80s pop star who looks like a dumpster and sounds like a feral cat exploiting a song addressing, among other things, the social injustices surrounding African American people nearly two decades earlier.  Don’t do Marvin like that, Cyndi.

3: Korn – Another Brick In The Wall

If you went to school in the late 90s/early 00s, Korn were the band every deadbeat kid with an eyebrow piercing who smoked behind the gym at recess used to listen to. Their cover of Pink Floyd’s three part rock opera was constructed entirely of stale cigarette butts, downtuned guitars and the tears of innocent children everywhere. Fuck Korn right in their white guy dreadlocks.

Madonna is what happens when you cross a harpy with another harpy, and her flaccid, electro-pop garbage cover of Don McLean’s original misses the mark so incredibly badly that you would think she’d never even heard the original. I’m not sure what’s better about the video – her inexplicable gyrating in front of an American flag interpolated with inspirational images of families and ‘Murica stuff, or the YouTube comments; my favourite being:

“This song is a clearly predictive performance about the Death of America which would come on September 11th, 2001, less than a year after this video was made”.

These are the kind of people who enjoyed this cover. Weep for them.

1: Celine Dion and Anastacia – You Shook Me All Night Long

Holy hell. Please watch that. Please just watch the first 30 seconds and marvel at how Celine Dion attempts to play air guitar but looks like a deranged ibis having a fit instead. Remember she’s old enough to be your mother. If you somehow make it through that, watch her then devolve into just shithat insanity, awkwardly thrusting her middle-aged pelvis in every direction imaginable while Anastacia struts around like a scrub turkey that’s lost all control of its limbs and mental faculties and sounding for all intents and purposes like a sea hag. Cringe at the melodramatic hand gestures, the worst in the history of hands, and the repugnant white girl banter throughout the song. Vomit uncontrollably at the idea of how many mothers in the crowd thought this was the most rock and roll moment of their lives. Fuck.

What did this unsuspecting Las Vegas crowd even do to deserve this kind of shabby treatment? Robert De Niro from Casino must have caught them card counting and decided that free tickets to this abomination would be a far worse punishment than a broken hand.

I’d plead for the hammer.