Brother and sister duo Angus and Julia Stone have recently released their self titled third album – their first release as a duo since 2010. Produced and recorded by Rick Rubin, the critically acclaimed album is considered by many to be their best recording yet. Having just touched down back in their home country for a stellar set at Splendour in the Grass, the pair are about to head out on a massive national tour. We had a chat with Angus about making music with his sister, working with Rick Rubin, and playing at Jesse Pinkman’s house.

I read just before that you actually nearly died in a car crash?! What happened there?!

Oh yeah! I bought a 1959 mini, and it was going to be the car that I would use to commute out to Shangri-La every day. One night after the studio, we jumped in the car and we were driving along back to Venice Beach on the PCH. Along that strip, there’s lots of restaurants that rich people go to drink and then jump in their cars. We were fanging along – probably going around 70/80 miles an hour in this little car with no seat belts – and this drunk driver pulled out in front of us! It all happened so quick. We just started spinning. We did a 180 and ended up on the other side of the freeway. All these cars are flying past us! It was definitely one of those close calls!

That happened in the middle of recording didn’t it? Do you attribute any changes to the process of the album, or even yourself to that incident?

Yeah I think, after something like that… We sat around and had a bottle of wine and played cards afterwards, just laughing at how we nearly died. I think all that stuff is what you carry with you. Things become symbolic in the way that you realise how fragile life is… You know, all that stuff.

This time around, it was more of a collaborative effort between you and Julia, wasn’t it? Was it challenging to work like that, as opposed to your usual individual processes?

Yeah! We flew into LA and got to this house. We were sort of sitting there a bit confused and smoking cigarettes. There was this sort of nervousness between us because we didn’t really know how we were going to make it happen this time around. We both had our separate songs – I made demos in New York and Julia had hers. It felt like something had to change, and we found a room to jam in and just started writing. That was the first time we actually got together and we were talking about parts or moments in songs that were important. It’s cool!

I have to ask, even though you’ve probably been asked a million times already – what is Rick Rubin like? Was he just the coolest dude ever?

Yeah! He is a Viking of a man. He’s got piercing blue eyes and he looks a bit like Mr Natural from the Robert Crumb comic books. He’s like that guy. He’s really present and he’s a really cool guy. His knowledge of music history is immense and the stories that he tells – everyone is listening when he speaks. Recording with him was a really humbling experience. 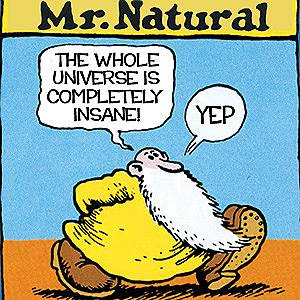 Did you find it a bit overwhelming? Working with Rick, as well as doing it at Shangri-La? It’s such an iconic place and I imagine it to be very luxurious!

I think it was a little bit in the few weeks before. We were just kind of going like, “Oh shit. This is something new…” *laughs* but it was cool! We went in there and everyone is so chilled and awesome to be around. After the second day we were all family, hanging out in an epic studio making music.

That’s rad! Rick said in an interview with triple J that the three of you discussed making more rhythmic and groovy sounds and that you were both open to experimenting with sounds. That’s a pretty new process for you guys, isn’t it? Do you think you’ll be more like that with future recordings?

The thing I feel like I learnt with Rick is the way he mixed. He had a really bass and drum heavy take. He likes to move, and if the song doesn’t do that… I don’t know… I’ve never seen someone groove so much to a song as him. It was pretty funny to watch.

You were both hesitant to reunite because of your, and in particular yourself, Angus, individual success. Are more solo albums on the cards, or is it firmly back to Angus and Julia?

It’s hard to say… We are pretty slow in the way that we move. I guess we’ll just play it by ear!

Are you and Julia closer now, as a result of this new album, or is it time for another break?

*laughs* Well, you know, you have your days! But yeah, I feel like we’ve made a shift in the way that we are together. I feel like Rick was a big part of that too. That’s how this record came to be.

It’s being said that this is the best record you’ve ever made! How do you think it’s being received? You played it at Splendour for the first time at home didn’t you?

Yeah! The first show we played was at Jesse Pinkman’s place, Aaron Paul. We got a called from our friend and he said, “Look, my friend is a big fan of you guys. Do you want to come round and play in the lounge room?” Since then we did the European festival tour, then came home for Splendour! It was awesome. The crowd was epic. There was a little kabana bar backstage, so we got a bit lot and went on stage!